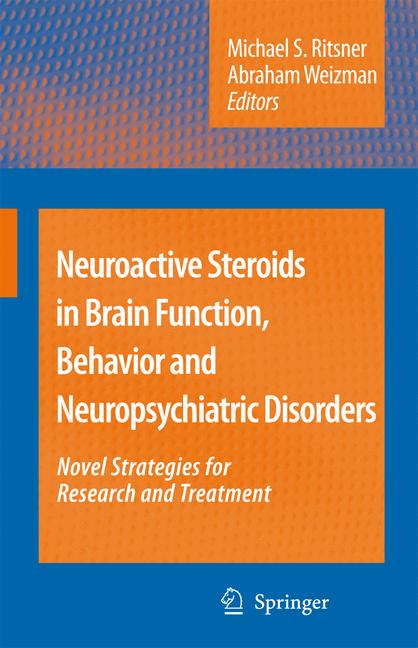 Over the past few decades the involvement of neurosteroids in brain function and mental health has attracted much interest, not only from a neuroscience perspective, but also from clinical and therapeutic aspects. In recent years, much of the research has focused on the multifunctional position of neurosteroids in the nervous system. The areas that have been explored, in particular, are the cellular and molecular mechanisms involved in the activity of neurosteroids in the brain, the role of neurosteroids in brain development, neurodegeneration and neuroplasticity, and their pharmacological properties. The large increase in the number of publications highlights this amplified interest in neurosteroids. Over the last 7 years at least 400 papers have been published describing the putative role of neurosteroids in the modulation of basic brain function and in the etiology and treatment of psychiatric and neurological disorders. Contributors to this book are amongst the most active basic researchers and c- nicians in the field and provide new perspectives not only clarifying some of the ongoing controversies, but also proposing diverse aspects and new insights. The book is organized in two major sections: “Neuroactive steroids and brain function’, and ‘Neuroactive steroids and neuropsychiatric disorders”. Though the selection of topics has been influenced by the current state of the art and the issues that require further elaboration, one should not assume that these are the only significant issues at this time.

Relevance of neurosteroids to neuropsychiatric disorders

The multi-functional position of neurosteroids in the nervous system

The role of neurosteroids in brain development, neurodegeneration and neuroplasticity 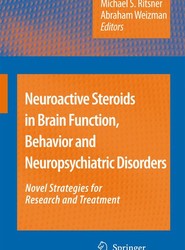 "This is a first rate book on an exciting area: steroids and the brain. … Written and edited by active researchers involved in this area of study, this book is a must for anyone interested in keeping abreast of this exploding field. … The targeted audience includes clinicians, researchers, and students. … This is an excellent, comprehensive book covering an important and emerging area of neuropsychiatric research. Anyone wishing to stay up to date on neurosteroids would benefit from reading it." (Michael J. Schrift, Doody’s Review Service, July, 2008)

"Neuroactive Steroids in Brain Function, Behavior, and Neuropsychiatric Disorders: Novel Strategies for Research and Treatment provides reviews on neurosteroid mechanisms of action, their role in brain function, and their probable therapeutic as well as contributory roles to neurodegenerative and psychiatric disorders. … is recommended for researchers interested in neurosteroids but also for clinicians who are able to devote enough time and attention to the material." (Catherine C. Price, PsycCRITIQUES, Vol. 53 (51), December, 2008)