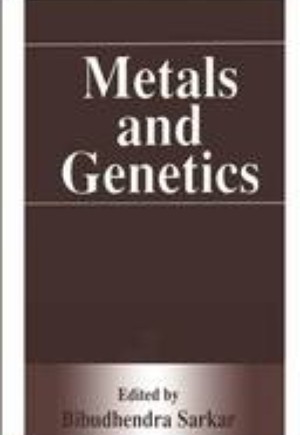 During the past few years, major scientific discoveries have greatly contributed to our understanding of the relationship between metals and genetics. The fields which have contrib­ uted to this area range from Clinical Medicine and Genetics to Biochemistry and Chemistry. The aim of this book is to bring together investigators from these diverse fields to reflect on the broad implications of direct and indirect interactions of metals and genetic components. The volume begins with a tribute to the late Karen Wetterhahn, an outstanding scien­ tist in the field, who will be sadly missed by her friends and colleagues because of her un­ timely death. The book has 28 chapters contributed by scientists who are internationally known for their expertise and outstanding research. The subject matters are divided into five major sections. The first section discusses genetic response to environmental expo­ sure to metals. Potentially devastating health crises have been reported in recent years from several parts of the world, which stem from environmental exposure to metals. In this section, authors report their findings on the effects and influence of metals in gene ex­ pression and their consequences to human health. The section on metal carcinogenesis and metal caused DNA damage, presents the latest advances in our knowledge of the molecu­ lar mechanisms of metal-induced mutagenesis and carcinogenesis. This topic is at the very heart of our understanding of how cancer may be caused by various metals.