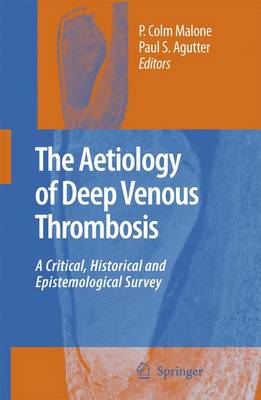 What we now call ‘deep venous thrombosis’ (DVT) has been studied in diverse ways during the last 200–300 years. Each of these approaches contributes to a full modern understanding of aetiology. Therefore, much of this book is a historical survey of the field. However, our remit is broader than the title might suggest: the evolution of ideas about DVT is typical in many ways of medical biology as a whole. Thus, although the aetiology of DVT may seem a narrow topic for a monograph – it implicitly excludes arterial thrombosis and marginalises prophylaxis, therapy, and even such clinically significant sequelae as pulmonary embolism – we hope to engage the reader in a much more general inquiry. Our historical investigation reveals a 160-year-old schism between two contrasting philosophies of medical and biological research, a schism that is particularly – but by no means uniquely – relevant to the study of DVT. In principle, these philosophies should be complementary rather than competing. So while we wish to elucidate the aetiology of DVT per se, we are also concerned with a more abstract and wide-ranging issue: the future accommodation or rapprochement between two conceptual and methodological traditions.

Challenges the current consensus in the field, which accounts for in vitro clotting and bleeding diatheses but fails to explain the aetiology of DVT

The argument ranges over the origins of the central schism in biomedical research, and the need to repair it; using DVT as an example, it debates how that objective might be approached

to the Study of Deep Venous Thrombosis.- The Coagulation Cascade and the Consensus Model of DVT.- Hypercoagulability.- Historical Roots.- Coagulation and its Disorders: A History of Haematological Research.- Virchow and the Pathophysiological Tradition in the 19th Century.- The Pathophysiological Tradition after Virchow.- Interrupted Circulation: The ‘Stasis’ Hypothesis and the Significance of Venous Valves.- Underperfusion of Valve Pockets and the Initiation of DVT.- The Role of Endothelial Hypoxia in DVT.- The Valve Cusp Hypoxia Hypothesis.- Molecular Changes in the Hypoxic Endothelium.- Cadaver Clots or Agonal Thrombi?. 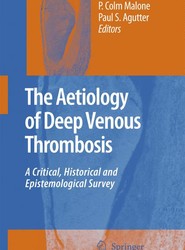