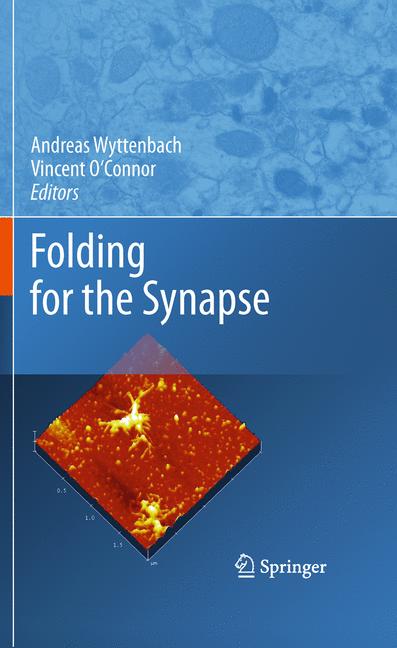 Folding for the Synapse addresses the current view on how protein folding and misfolding, controlled by molecular chaperones, contribute to synapse function and dysfunction. Molecular chaperones have been studied in relation to de novo protein folding, but there is increasing awareness that chaperone function is required for the regulation of protein dynamics when functioning physiologically as an isolated moiety or part of a protein complex. This book will introduce both important concepts of folding machineries and give examples of the biological relevance of further chaperone functions.

Gives examples of the biological relevance of further chaperone functions.

Addresses the current view on how protein folding and misfolding contribute to synapse function and dysfunction.

Folding for the Synapse addresses the current view on how protein folding/misfolding and its regulation by molecular chaperones contribute to synapse function and dysfunction. Molecular chaperones control de novo protein folding. However, there is increasing awareness that chaperones physiologically function to regulate protein-protein interaction cascades. This book will introduce the concept of folding machineries and also give examples of the biological relevance of further chaperone modality. Chaperones prevent misfolded proteins from accumulating into toxic intra-or extracellular aggregates in Alzheimer’s, Parkinson’s, Huntington’s, prion, and motor neuron diseases (proteinopathies). The various disease-defining protein aggregates in these proteinopathies are indicative of overstretched chaperone-and altered protein degradation systems. The consequence of this for neuronal function is discussed in several contributing chapters. Synapses regulate cell-to-cell communication in the nervous system as relatively discrete compartments that are dysfunctional during proteinopathies. Due to their partial autarky, synapses have evolved intrinsic protein folding and homeostatic capabilities that are discussed in the book.

The book servesced undergraduates, graduate students and (clinical) neuroscientists who want to develop an understanding of protein folding in health and disease.

About the Editors:
Dr. Andreas Wyttenbach holds a lectureship in Neuroscience at the University of Southampton (UK). After graduating in Biology at the University of Basel (Switzerland) he completed a PhD in Genetics and Evolution (University of Lausanne, Switzerland). During his postdoctoral research in the Departments of Medical Genetics and Biochemistry at the University of Cambridge (UK), he became inspired by the question of how protein misfolding in the CNS causes neuronal death, associated with neurological diseases. His current research concentrates on understanding how protein aggregation damages cells, with the motivation to provide a basis for therapeutic approaches that could prevent neurodegeneration.

Dr. Vincent O’Connor holds a readership at the University of Southampton. After his undergraduate studies in Physiology and Biochemistry at Reading University (UK), he trained at University College London (UK), graduating with a PhD in Neurochemistry. His postdoctoral time was spent at the Max Planck Institute for Brain Research (Frankfurt, Germany) and the National Institute for Medical Research (London, UK) investigating mechanisms of neurotransmitter release and synaptic plasticity. His current efforts focus on translating the knowledge of basic synaptic mechanisms into understanding CNS disease processes and the concept of “synaptopathies” 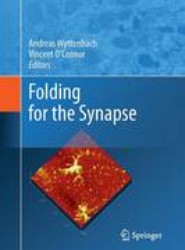 Folding for the Synapse
Andreas Wyttenbach
£193.00