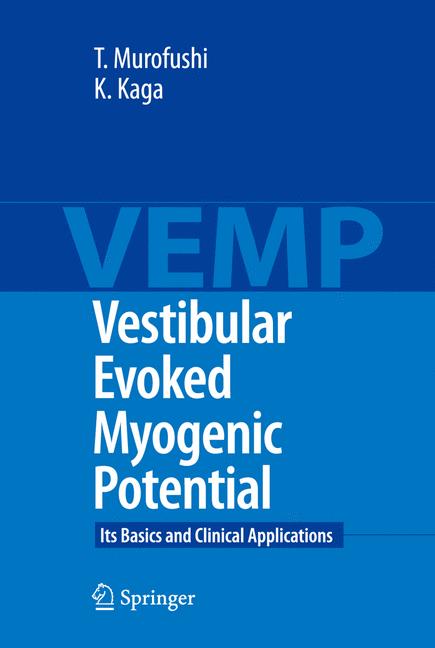 The vestibular labyrinth consists of ? ve compartments: the lateral, anterior, and posterior semicircular canals, the utricule, and the saccule. At the beginning of the twentieth century, Robert Bárány proposed the caloric test as a clinical test of the lateral semicircular canal. This test enabled clinicians to assess the individual lateral semicircular canal function easily by using the simple method of irrigating the external ear canal with cold or warm water and observing the induced nyst- mus. We believe that the caloric test was a breakthrough in the ? eld of vestibular research. However, as far as the other compartments were concerned, there was no simple clinical test equal to the caloric test for the lateral semicircular canal function. At the end of the twentieth century, the vestibular evoked myogenic potential (VEMP) test was proposed as a new method for assessing the individual saccule function. This test has some unique attributes. First, it uses sound stimulation, even though it is a test of the vestibular system. This appears to be a contradiction n- rophysiologically. As a result, in its early stages there were controversies conce- ing the origin of the responses. However, such controversies have been overcome by basic neurophysiological studies and clinical studies. Above all, sound sensit- ity of the saccular afferents shown in cats and guinea pigs with single-unit recording methods became the main supporting evidence. Nowadays, VEMP is one of the routine clinical tests for balance disorder. 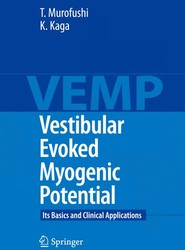