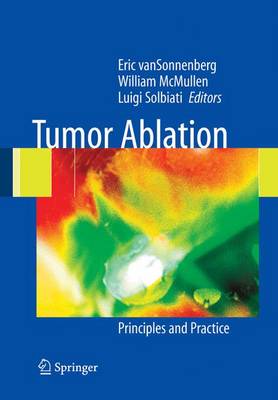 There is an enormous sense of excitement in the communities of cancer research and cancer care as we move into the middle third of the ?rst decade of the 21st century. For the ?rst time,there is a true sense of c- ?dence that the tools provided by the human genome project will enable cancer researchers to crack the code of genomic abnormalities that allow tumor cells to live within the body and provide highly speci?c, virtually non-toxic therapies for the eradication,or at least ?rm control of human cancers. There is also good reason to hope that these same lines of inquiry will yield better tests for screening, early detection, and prev- tion of progression beyond curability. While these developments provide a legitimate basis for much op- mism, many patients will continue to develop cancers and suffer from their debilitating effects, even as research moves ahead. For these in- viduals, it is imperative that the cancer ?eld make the best possible use of the tools available to provide present day cancer patients with the best chances for cure, effective palliation, or, at the very least, relief from symptoms caused by acute intercurrent complications of cancer. A modality that has emerged as a very useful approach to at least some of these goals is tumor ablation by the use of physical or physiochemical approaches.

Tumor ablation is the most high profile procedure currently in interventional radiology. This guide sets the standard and is one of the first comprehensive references on the subject. The editors, world-renowned in the field, have assembled recognized international authorities. Practitioners in specialties other than radiology, including internal medicine, oncology, anesthesiology, and surgery, add valuable insights

Tumor ablation is undoubtedly the most exciting and high profile procedure currently in interventional radiology. This useful guide sets the standard and is one of the first comprehensive references on the subject. The editors, world-renowned in the field, have assembled recognized international authorities in their areas of expertise. The book is organized into six main sections: Introduction to Ablation, Operations, Imaging, Methods, Organ System Tumor Ablation, and Perspectives. This breadth of coverage is coupled with an easy-to-read format that facilitates the application of these new clinical techniques. Practitioners in specialties other than radiology, including internal medicine, oncology, anesthesiology, and surgery, add valuable insights that complement the book’s well-rounded approach. In addition, a chapter that depicts the cancer journey by patients and their families provides a unique perspective for the reader. More than 380 photographs and diagrams clearly illustrate key concepts. The skillful combination of depth and practicality makes this text essential for anyone who is involved with and wants to expand their knowledge in the ablation field.