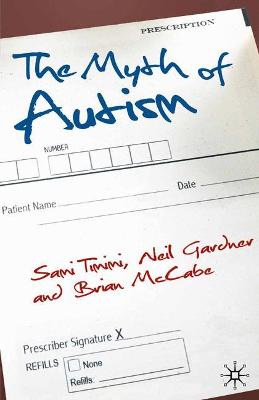 In this unique text a prominent critic of mainstream child and adolescent psychiatric theory and practice, Sami Timimi, collaborates with two ex-service users to re-examine, deconstruct and critique modern mainstream theory and practice in relation to autism. They track changes in the conceptualisation of autism in the West from a rare disorder affecting a small number of individuals with moderate to severe learning difficulties to becoming a broad continuum mainly diagnosed in males deemed to have poor social or emotional competence. Arguing that this change is primarily ideological -- the result of a change in the way we think about social and emotional competence, rather than any new scientific discovery -- the authors illustrate how the medicalisation of boys' and men's social and emotional behaviour has a close relationship to social, political, economic, and cultural changes that have occurred in Western culture in recent decades. Their conclusion is controversial- the concept of Autism has become a hindrance rather than a help and so our whole approach to the diagnosis needs re-consideration, including the possibility that this diagnosis has gone past its sell-by date and should be abandoned.