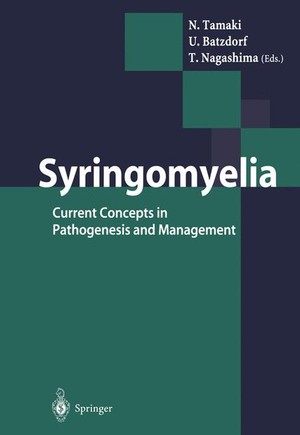 Surgical skill and imaging technology in the field of neurosurgery have developed remarkably during the past decade. Magnetic resonance imaging (MRI), with high­ contrast resolution and multiplanar capabilities, allows for accurate preoperative localization and postoperative assessment of syringomyelia. Recent advances in dynamic MRI techniques have made it possible to evaluate normal and abnormal cerebrospinal fluid (CSF) flow at the foramen magnum, within the syrinx, and in the spinal subarachnoid space, without invasion of the closed CSF system. These developments have yielded substantial information concerning various aspects of syringomyelia. However, many issues related to the pathophysiology and treatment of syringomyelia remain controversial. This book contains the scientific contributions presented at the international sym­ posium "Syringomyelia 2000:' held in Kobe, Japan, June 16-17,2000. The purpose of the symposium was to bring together experts in the fields of neurosurgery, neurol­ ogy, and neuropathology, in order to enhance the level and scope of their knowledge by making them more aware of work done in complementary fields. The contribu­ tions also report on clinical and basic studies pertinent to the topic of the sympo­ sium. This volume thus represents a comprehensive description of the state of the art regarding this disease in the hope that it may help to define comprehensively what is already known and to find new ways toward a better understanding of the patho­ physiology, diagnosis, and treatment of syringomyelia.

Provides valuable state-of-the-art information for professionals in the fields of neurosurgery, neurology, and neuropathology and for all others concerned with syringomyelia