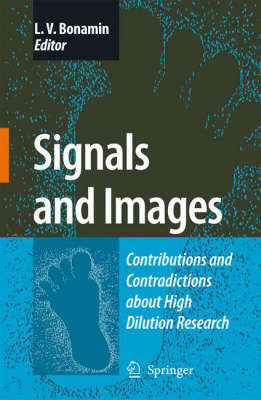 The “Groupe International de Recherche sur l’Infinitésimal” (GIRI) was created in 1986 by Professor Madeleine Bastide and Doctor René Halm. Madeleine Bastide was its President for several years. The group comprises actually more than 100 researchers from different disciplines (physicians, chemists, biologists, pharmacologists, physicists, etc. ) from 22 different countries. The original aim, which, for the most part, has now been achieved, was to create a working group to exchange ideas and results concerning the effects of very low doses and high dilutions. Madeleine Bastide then proposed to publish a collection of the lectures given at their scientific meetings in a bilingual book (French and English) entitled “Signals and Images”. The first volume was published in 1990 by the ATELIERS ALPHA BLEUE. It contains lectures on the new pharmacological approach and related concepts that were presented at the 3rd and 4th Symposiums held in Paris in 1989 and 1990. This volume treats the problem of the effects of very low doses and high dilution in in vitro and in vivo experimental models. It is conceivable that this effect, like that of elect- magnetic fields, is none other than an “ultra molecular” effect as shown in yet p- lished results. The effect could be interpreted as a piece of information, i. e. a signal whose transmission and perception remains to be elucidated. According to Madeleine Bastide “everything depends on the nature and quality of the information, signals and images”.

Scientific publications about the subject are very limited

Homeopaths claim for validation of their clinical practice

Hormesis and homeopathy are different concepts with different scientific implications 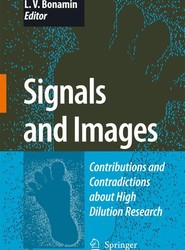