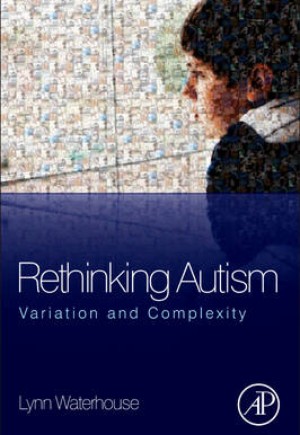 The media, scientific researchers, and the "Diagnostic and Statistical Manual" all refer to "autism" as if it were a single disorder or a single disorder over a spectrum. However, autism is unlike any single disorder in a variety of ways. No single brain deficit is found to cause it, no single drug is found to affect it, and no single cause or cure has been found despite tremendous research efforts to find same. "Rethinking Autism" reviews the scientific research on causes, symptomology, course, and treatment done to date. And draws the potentially shocking conclusion that "autism" does not exist as a single disorder. The conglomeration of symptoms exists, but like fever, those symptoms aren't a disease in themselves, but rather a result of some other cause(s). Only by ceasing to think of autism as a single disorder can we ever advance research to more accurately parse why these symptoms occur and what the different and varied causes may be. Autism is a massive worldwide problem with increasing prevalence rates, now thought to be as high as 1 in 38 children (Korea) and 1 in 100 children (CDC- US).
Autism is the 3rd most common developmental disability; 400,000 people in the United States alone have autism. Autism affects the entire brain, including communication, social behavior, and reasoning and is lifelong. There is no known cause and no cure. Funding for autism research quadrupled from 1995 to 2000 up to $45 million, and the Interagency Autism Coordinating Committee has recommended $1 billion funding from 2010-2015.