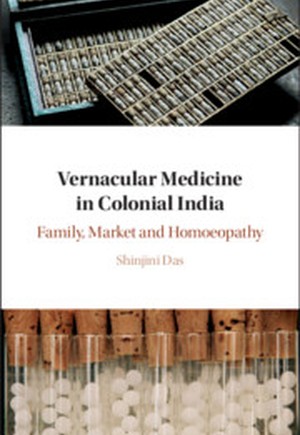 Conceptualised in opposition to 'orthodox' medicine, homeopathy, a western medical project originating in eighteenth-century Germany, was reconstituted as vernacular medicine in British Bengal. India went on to become the home of the largest population of users of homeopathic medicine in the world today. Combining insights from the history of colonial medicine and the cultural histories of family in British India, Shinjini Das examines the processes through which Western homeopathy was translated and indigenised in the colony as a specific Hindu worldview, an economic vision and a disciplining regimen. In tracing the localisation of German homeopathy in a British Indian province, this book analyses interactions between Calcutta-based homeopathic family-firms, disparate contributors to the Bengali print market, the British colonial state and emergent nationalist governments. The history of homeopathy in Bengal reveals myriad negotiations undertaken by the colonised peoples to reshape scientific modernity in the subcontinent.

Introduction: 'A growing scandal under British rule': families, market and the vernacular; 1. A heterodoxy between institutions: bureaucracy, print-market and family firms; 2. A family of biographies: colonial lives of a Western heterodoxy; 3. A science in translation: medicine, language, identity; 4. Healing the home: indigeneity, self-help and the Hindu joint family; 5. Colonial law, electoral politics and a homeopathic public; Epilogue: a familiar science.

Average Rating
Advance praise: 'In the first comprehensive account of how homeopathy became vernacularised in India, Das skilfully investigates the reasons for its success and imaginatively examines its multiple relationships with family life, biography, print culture and commerce. This is a landmark study that insightfully combines and thereby enriches social, medical and colonial history.' David Arnold, University of Warwick Advance praise: 'A rich and insightful study, this book deserves to be read by scholars of medicine, the family and national identity, for it shows the importance of each to the shaping of the others.' Mark Harrison, University of Oxford
© Wisepress Ltd.
All rights reserved.