Price
Quantity
£18.99
(To see other currencies, click on price)
Hardback
Add to basket 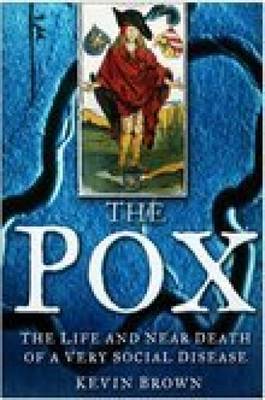 From almost the time when man first discovered the pleasures of sin, he has also experienced the torments of the Pox. This book uncovers the unwholesome history of syphilis and gonorrhoea, and their treatment, from the Renaissance to the antibiotic age. Gonorrhoea had been known since antiquity in Western Europe, but syphilis first made an impact in 1494 when the "Great Pox" reached epidemic proportions. Mercury remained the most effective cure until the twentieth century, but the treatment was so unpleasant that quack 'cures' abounded. Well-known syphilitics included Pope Alexander VI, Ivan the Terrible, Randolph Churchill, Al Capone and possibly Hitler. During the First and Second World Wars, VD was almost a greater cause of illness among soldiers than wounds. Its prevalence made it a major public health issue, yet many of the approaches to it were penal and reformatory in nature rather than medical. Kevin Brown draws on references from art and literature, stories of famous sufferers and medical documents to compile this fascinating history of these diseases, which were seen as much as a social and moral problem as a medical one.