Price
Quantity
£14.99
(To see other currencies, click on price)
Hardback
Add to basket 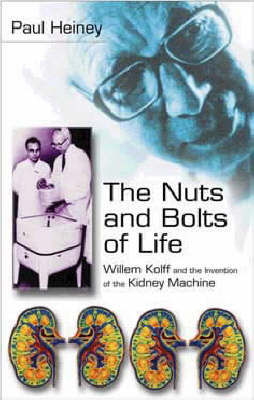 Paul Heiney describes here how one man - defiant, ingenious and stubborn - worked under impossible conditions in a country under the merciless occupation of Nazism to solve the problem of kidney failure and to change the course of human history. That man was Willem Kolff, aged 88 at the time of this book's publication. Tormented by the unnecessary deaths from kidney failure, Kolff determined to use mechanical ingenuity to purify blood. Working with sausage skins and an improbable collection of parts scavenged from factories under the nose of the German occupying forces, he completed the first kidney machine in 1944. It was a milestone in medical history: it is estimated that as many as half a million people in the world today owe their lives to this single invention. Kolff continued his career with pioneering work on the artificial heart. This book, written with Dr Kolff's closest co-operation and family records, celebrates that central story of courage and obsession, and its journey from the old, war-torn world to the new.
It explains the science in accessible terms, and explores some of the human stories which developed along the way: the lives prolonged, new chances given to patients as the age of transplantation dawned, and the relationship between medical scientists and the army of technicians who make possible that strangest of 20th-century treatments - the circulation and purifying of the blood outside the human body.