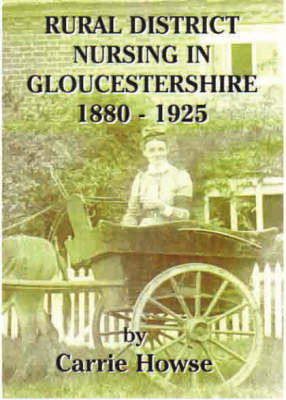 Ask anyone to name a Victorian pioneer of nursing reform and the answer will probably be, 'Florence Nightingale'. Few people have heard of her contemporary, Elizabeth Malleson (1828-1916), founder of the Rural Nursing Association, or realise the importance of Gloucestershire as the place where her national system of rural district nursing began. This book describes the development of district nursing in rural Gloucestershire from the 1880s, when Elizabeth Malleson moved to the area from London. The establishment of her local charity and its expansion into a national scheme is traced to its affiliation and eventual amalgamation with Queen Victoria's Jubilee Institute for Nurses, the organisation from which today's system of district nursing has evolved.The subsequent progress of the work in Gloucestershire is then followed through the lives of and relationships between three tiers of local society: the middle and upper class ladies who devoted years of their lives to the administration and management of the rural district nursing system, entirely on a voluntary basis; the specially trained nurses who delivered the care; and, the poor patients who benefited from it.
Written by an award-winning historian, this book will appeal to anyone who is interested in the history of nursing in particular, and local, social and women's history in general.