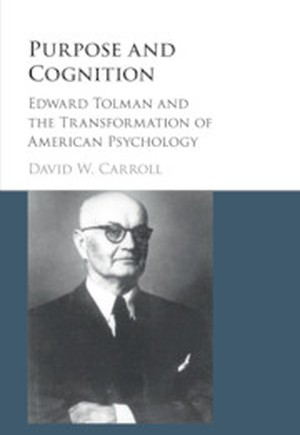 This book discusses the development of Edward Tolman's purposive behaviourism from the 1920s to the 1950s, highlighting the tension between his references to cognitive processes and the dominant behaviourist trends. It shows how Tolman incorporated concepts from European scholars, including Egon Brunswik and the Gestalt psychologists, to justify a more purposive form of behaviourism and how the theory evolved in response to the criticisms of his contemporaries. The manuscript also discusses Tolman's political activities, culminating in his role in the California loyalty oath controversy in the 1950s. Tolman was involved in a number of progressive causes during his lifetime, activities that drew the attention of both state legislators in California and the Federal Bureau of Investigation. It treats Tolman's theoretical and political activities as emanating from the same source, a desire to understand the learning process in a scientific manner and to apply these concepts to improve the human condition.

Preface; Introduction; 1. Growing up in New England; 2. The Harvard milieu; 3. Out West; 4. A new formula for behaviorism; 5. Purposive behaviorism; 6. The turn toward operationism; 7. 'A concern for social events'; 8. Cognitive maps; 9. The loyalty oath; 10. The legacy of Edward Chace Tolman; References; Index. 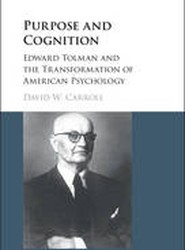 Average Rating
'Carroll explicitly makes the connection between the historical Tolman and contemporary neuroscience research, casting this 'neobehaviorist' as presaging the so-called 'cognitive revolution'. This volume is an excellent resource for the historian and an attractive supplement for a variety of psychology courses.' David J. Hardy, Loyola Marymount University, Los Angeles 'Edward Tolman changed the face of psychology and cognitive science by his innovative experimentation and big-picture conceptualisations. In Carroll's Purpose and Cognition the reader gets an immensely enjoyable account of Tolman's life and contributions, and a flavour of a time when fears of communism permeated even academic institutions.' Paul A. Dudchenko, University of Stirling, Scotland 'This book will appeal to a wide range of readers interested in the history and theory of psychology and perhaps beyond that to those interested in the broader intellectual milieus of the eras through which the narrative passes, including the history of social activism within academia. … Carroll's book will provide the reader with sufficient background in Tolman-the-man, Tolman-the-researcher, and Tolman-the-thinker …' PsycCRITIQUES 'In sum, this book is rich with Edward C. Tolman's struggles to identify empirical phenomena that pointed future theoretical effort in new directions, as well as their impact on modern cognitive science. It will prove most interesting for the historians and students of the history of psychology, who will enjoy reading a work so well documented and written.' José M. Gondra, Journal of The History of the Behavioral Sciences
© Wisepress Ltd.
All rights reserved.