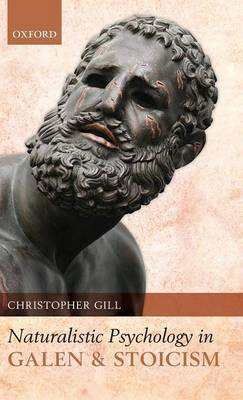 This is a study of the psychological ideas of Galen (AD 129-c.210, the most important medical writer in antiquity) and Stoicism (a major philosophical theory in the Hellenistic and Roman periods), which Galen discussed extensively. Christopher Gill's main topics are psychology and bodily form, psychological functions, especially reason and emotion, and the therapy of emotions, and his aim is to provide both an informative scholarly discussion and an original analysis of this material. He claims that the two theories are complementary in ways not recognized in antiquity and that the combination of their ideas would have produced a powerful account of psychology that still merits the attention of modern readers.