Price
Quantity
£16.99
(To see other currencies, click on price)
Hardback
Add to basket 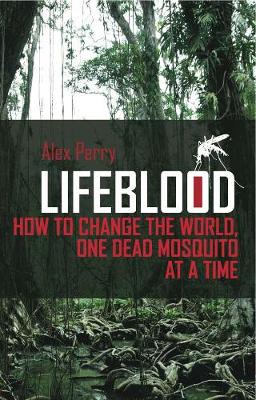 One day in 2006, the rich, well connected but very private philanthropist Ray Chambers flicked through the holiday snaps of his friend, the development economist Jeffrey Sachs, and remarked on the placid beauty of a group of sleeping Malawian children. 'They're not sleeping,' Sachs tells a shocked Chambers. 'They're in malarial comas.' A few days later, they were all dead. So begins Chambers' mission to eradicate a disease that has haunted mankind since before medicine began, still infects half a billion people a year, and kills a million of them. The campaign draws in presidents, celebrities, scientists and enormous funding and becomes a stunning success, saving millions of lives and propelling Africa towards prosperity. And by replacing traditional ideas of assistance with business acumen and hustle, Chambers upturns the whole notion of aid, forging a new path not just for the developing world but for global business, religion and even celebrity.
As he follows three years of the campaign, award-winning journalist Alex Perry takes the reader across Africa, from a terrifying visit to a Ugandan town that is the most malarial on earth to a star-studded World Cup concert, encountering jungle scientists, fugitive guerrillas, presidents, religious leaders and icons of the global aid industry. In Lifeblood, he weaves together science and history with on-the-ground reporting and a riveting expose of aid as he documents this race against time. The result is a thrilling and all-too-rare tale of humanitarian triumph that has profound implications for how to build a better world.