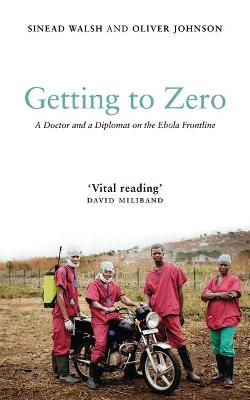 In 2014, a 28-year old British doctor found himself co-running the Ebola isolation unit in Sierra Leone's main hospital after the doctor in charge had been killed by the virus. Completely overwhelmed and wrapped in stifling protective suits, he and his team took it in turns to provide care to patients while removing dead bodies from the ward. Against all odds he battled to keep the hospital open, as the queue of sick and dying patients grew every day.

Only a few miles down the road the Irish Ambassador and Head of Irish Aid worked relentlessly to rapidly scale up the international response. At a time when entire districts had been quarantined, she travelled around the country, and met with UN agencies, the President and senior ministers so as to be better placed in alerting the world to the catastrophe unfolding in front of her.

In this blow-by-blow account, Walsh and Johnson expose the often shocking shortcomings of the humanitarian response to the outbreak, both locally and internationally, and call our attention to the immense courage of those who put their lives on the line every day to contain the disease. Theirs is the definitive account of the fight against an epidemic that shook the world.

1. New Beginnings: Sierra Leone before the Outbreak of Ebola
2. A Dubious Start: Ebola in Guinea
3. Ebola Emerges in Sierra Leone
4. Kenema Explodes
5. Armageddon
6. The Long Wait for Action
7. The Response Kicks Off
8. The Response Bears Fruit
9. Getting to Zero
10. Conclusion
Afterword: If We Had to Do It All Again...