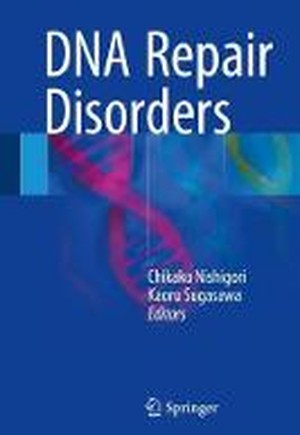 This book focuses on the clinical aspects of DNA repair disorders. Nucleotide excision repair is an important pathway for humans, as it is involved in biologically fundamental functions. This work presents clinical features together with the pathogenesis of DNA repair disorders such as Xertoderma Pigmentosum (XP). Studies on animal models are included as well. Clinical feature characteristics of each clinical subtype of XP are depicted according to the genotype, giving accurate and detailed information about the clinical features in terms of gene alterations, change of protein structure, and dysfunction in some of the repair pathways. This book is unique in that it provides detailed information on clinical features from more than 100 patients with XP-A, which is characterized by very severe manifestation of skin photosensitivity and neurological dysfunction. It will give readers important knowledge for understanding the concept and molecular mechanisms of DNA repair disorders. It also describes how to treat and care for patients with XP based on vast experience in clinical practice. DNA Repair Disorders will be a useful resource not only for physicians and basic scientists who are interested in and/or take care of patients with DNA repair disorders, but also dermatologists, neurologists, and researchers in the field of radiation biology and photobiology.