Price
Quantity
£30.00
(To see other currencies, click on price)
Hardback
Add to basket 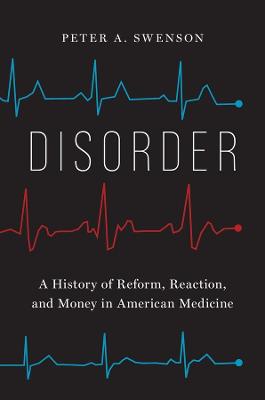 An incisive look into the problematic relationships among medicine, politics, and business in America and their effects on the nation's health

"A comprehensive, revealing and surprising account of the history of American medicine."-David Blumenthal, M.D., coauthor of The Heart of Power: Health and Politics in the Oval Office and president of the Commonwealth Fund

"This book is both an important contribution to the history of the American medical profession (and its impact on society as a whole), and a reminder of the malleable, historically contingent nature of its identity and ethos."-Scott H. Podolsky, M.D., author of The Antibiotic Era

Meticulously tracing the dramatic conflicts both inside organized medicine and between the medical profession and the larger society over quality, equality, and economy in health care, Peter A. Swenson illuminates the history of American medical politics from the late nineteenth century to the present. This book chronicles the role of medical reformers in the progressive movement around the beginning of the twentieth century and the American Medical Association's dramatic turn to conservatism later.

Addressing topics such as public health, medical education, pharmaceutical regulation, and health-care access, Swenson paints a disturbing picture of the entanglements of medicine, politics, and profit seeking that explain why the United States remains the only economically advanced democracy without universal health care. Swenson does, however, see a potentially brighter future as a vanguard of physicians push once again for progressive reforms and the adoption of inclusive, effective, and affordable practices.