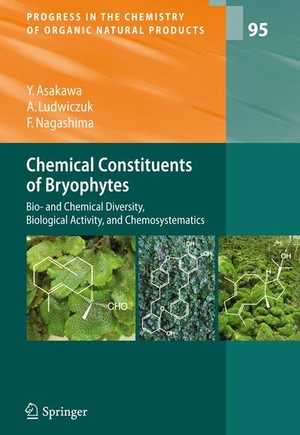 For some 50 years, Professor Asakawa and his group have focused their research on the chemical constituents of bryophytes and have found that these plants contain large numbers of secondary metabolites, such as terpenoids, acetogenins, and aromatic compounds representative of many new skeletons, which exhibit interesting biological activities. Individual terpenoids, when found as constituents of both a bryophyte and a higher plant, tend to occur in different enantiomeric forms. Professor Asakawa has covered the literature on bryophytes in two earlier volumes of Progress in the Chemistry of Organic Natural Products, namely, Volumes 42 (1982) and 65 (1995). Since the publication of the latter volume, a great deal of new information has appeared on bryophytes. One example is that known sex pheromones of algae have been discovered in two liverworts, indicating that some members of the latter taxonomic group might originate from brown algae. From information provided in this volume, it is suggested that two orders of the Marchantiophyta should be combined.

Written by recognized authorities in their fields

Yoshinori Asakawa obtained his first degree in biology at Tokushima University, and then went to graduate school at Hiroshima University in 1964 to study organic chemistry. He has been actively involved in bryophyte research since the early 1970s, from the time when he was a postdoctoral with Professor Guy Ourisson at the Institut de Chimie, Université Louis-Pasteur, Strasbourg, France. He has studied not only bryophyte constituents and their biosynthesis but also bioactive secondary metabolites of pteridophytes, inedible mushrooms, and aromatic and medicinal plants, as well as the biotransformation of secondary metabolites by fungi and mammals, and oxidation reactions of organic peracids.  He has authored and co-authored more than 550 original papers, 24 reviews, and 27 books and monographs. For his outstanding research, Prof. Asakawa was awarded the first Hedwig Medal from the International Association of Bryologists, the Phytochemistry Prize and Certification from Elsevier, the International Symposium on Essential Oils Award, the Jack Cannon International Gold Medal, the Japanese Society of Pharmacognosy Award, and the Tokushima Newspaper Award. He has been Editor of Phytomedicine and Spectroscopy, and a member of the Editorial Advisory Boards of numerous scientific journals, including Phytochemistry, Phytochemistry Letters, Planta Medica, Flavor and Fragrance Journal, Fitoterapia, Natural Product Communications, Natural Product Research, Malaysian Journal of Sciences, Current Chemical Biology, Scientia Pharmaceutica, and Journal of Traditional and Complementary Medicine, among others. He has served twice as Dean of the Faculty of Pharmaceutical Sciences at Tokushima Bunri University, and is currently Director of the Institute of Pharmacognosy (1986–present). Prof. Asakawa has been President of the Phytochemical Society of Asia since 2007.

Agnieszka Ludwiczuk studied chemistry at the Faculty of Chemistry, Maria Curie-Skłodowska University, Lublin, Poland, and received her Master’s degree in 1998. In this same year she started to work at the Department of Pharmacognosy with the Medicinal Plants Unit, Medical University of Lublin, initially as a Scientific and Technical Worker, then as a Research Assistant, and since 2007 as Assistant Professor. In 2005, she obtained her Ph.D. degree in pharmaceutical sciences. From April 2007 until March 2010 she worked as a postdoctoral at Tokushima Bunri University, Tokushima, Japan, under the direction of Prof. Yoshinori Asakawa. Her scientific output to date comprises some 50 scientific papers published in international and domestic journals concerning natural products chemistry, separation methods, extraction techniques, and biological activity. She is currently working on bioactivity-guided isolation and the structural characterization of compounds from medicinal, aromatic, and spore-forming plants. She is also focused on the chemical relationships of algae, bryophytes, and ferns. Her scientific interests cover in addition the chemosystematics of non-vascular plants from the division Marchantiophyta, and selected vascular plants from the families Apiaceae and Lamiaceae, based on their terpenoid, aromatic and phenolic constituents, and the biotransformation of pure secondary metabolites from plant materials for the production of useful substances.

Fumihiro Nagashima studies natural product chemistry at the graduate school of Tokushima Bunri University (TBU), Tokushima, Japan. He was appointed as a Research Assistant in the Faculty of Pharmaceutical Sciences at TBU in 1990, and obtained his Ph.D. degree in 1991 under the direction of Prof. Yoshinori Asakawa. He was promoted to Associate Professor at TBU in 2007. He is currently studying bioactive constituents of southern hemisphere liverworts and Madagascan medicinal plants and has published 80 original papers and four reviews. Recently, he has isolated many new sesquiterpenoids, diterpenoids,  bibenzyls, and bis-bibenzyls having new skeletons from the Jungermanniales and Marchantiales. Some of these compounds have exhibited potent cytotoxicity against several cancer cell lines and antimicrobial activity. 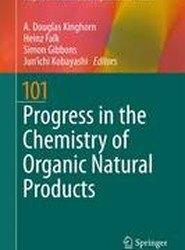 Progress in the Chemistry of Organic Natural Products 101
Simon Gibbons
£171.00 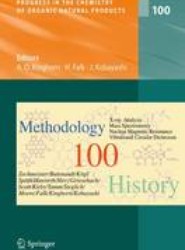 Progress in the Chemistry of Organic Natural Products 100
A. Douglas Kinghorn
£171.00 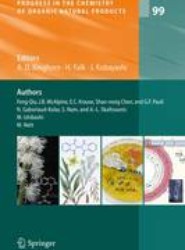 Progress in the Chemistry of Organic Natural Products 99
A. Douglas Kinghorn
£206.50 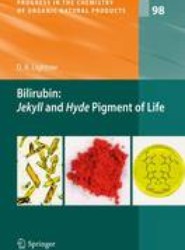 Bilirubin: Jekyll and Hyde Pigment of Life
David A. Lightner
£224.50 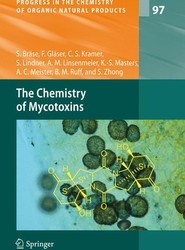 The Chemistry of Mycotoxins
Stefan Brase
£242.50 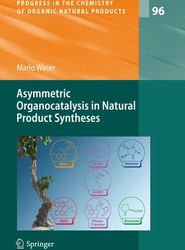