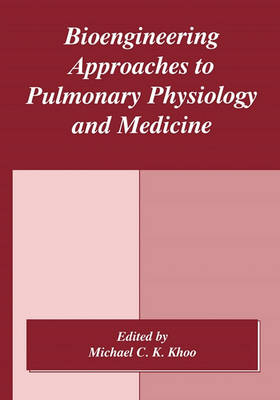 As the current millennium steams towards a close, one cannot help but look with amazement at the incredible amount of progress that has been achieved in medicine in just the last few decades. A key contributing factor to this success has been the importation and blending of ideas and techniques from disciplines outside the traditional borders of medical science. In recent years, the most well-known example is the cross-pollination between molecular biology and medicine. Advances driven by this potent combination have spawned the vision of a future where cures based on gene therapy become commonplace. Yet, as we continue our search for "magic bullets" in the quest to eradicate disease, it important to recognize the value of other less-heralded interdisciplinary efforts that have laid a large part of the foundation of present-day medicine. In pulmonary medicine, the contribution from the bioengineers (a diverse collection of individuals cross-bred to various degrees in mathematical modeling and experimental physiology) has been larger and more sustained than in many other medical specialties. It is easy to point to the vast array of ventilators, blood-gas analyzers, oximeters, pulmonary function devices, and respiration monitors that are present in any modern clinical setting as solid evidence of the successful synergy between engineering science and pulmonary medicine. However, one must not forget the less tangible, but perhaps more important, contributions that have been derived from mathematical modeling and computer simulation, without which many of these modern instruments would not have come into existence.