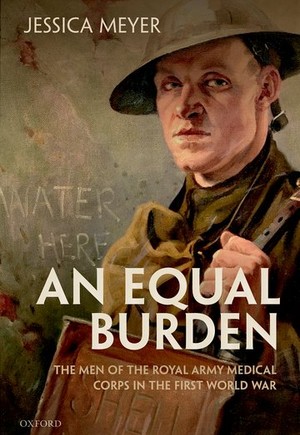 An Equal Burden is the first scholarly study of the Army Medical Services in the First World War to focus on the roles and experiences of the men of the Royal Army Medical Corps (RAMC). Though they were not professional medical caregivers, they were called upon to provide urgent medical care and, as non-combatants, were forbidden from carrying weapons. Their role in the war effort was quite unique and warranting of further study.

Structured both chronologically and thematically, An Equal Burden examines the work that RAMC rankers undertook and its importance to the running of the chain of medical evacuation. It additionally explores the gendered status of these men within the medical, military, and cultural hierarchies of a society engaged in total war. Through close readings of official documents, personal papers, and cultural representations, Meyer argues that the ranks of the RAMC formed a space in which
non-commissioned servicemen, through their many roles, defined and redefined medical caregiving as men's work in wartime.