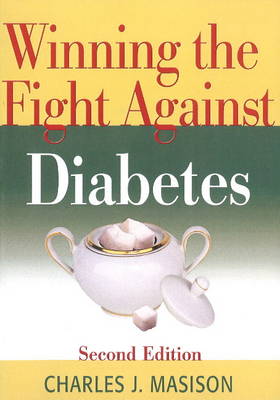 The government health agencies in America, in analysing the numbers that make up the diabetic epidemic, are predicting that by the year 2020, 50 per cent of all Americans will be diabetic. That means you! That means your children and your grandchildren! Seniors used to get this disease when they were in their 60s. Now the baby-boomers are getting it in their 40s. A young girl, age 11, on the front cover of a national magazine, was reported to have adult diabetes. The body is not waiting to age to get diabetes. "So what" you ask? With diabetes, you can end up with a leg amputated, go blind, need to have your kidneys washed out three times a week, and other serious complications. This is becoming a world-wide problem. Australia has already reported one and a half million cases in their country, and their numbers are growing. Other nations far exceed this number. Are we all doomed? Someone has learned how to fight this disease successfully! In these pages is described the author's journey in ridding himself of diabetes. This was accomplished without medicine, or exercise. The path exists for the adult diabetic to fight this dreaded disease and win the battle.
It may be later than you think to get started acquiring the knowledge to ensure that you are not one of the hundred thousands being diagnosed with diabetes each month! Like all diseases, you are sick before a doctor tells you that you are sick. Don't give diabetes a large head-start in your body.