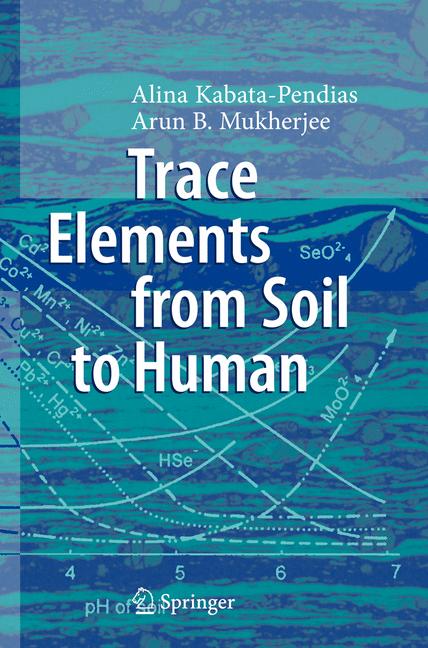 The understanding of fundamental principles and phenomena that control the tra- fer of trace elements in soil-plant-human chain can contribute to the protection of the environment and human health. Many books, articles, and reports have already - scribed both fundamental and/or detail problems related to these topics. The intention of the authors is to provide up-to-date and selected interdisciplinary data for the concise presentation of existing knowledge on trace element transfer in the food chain, from soil to human. To accomplish this, the inclusion of appropriate data has been necessary. This book inevitably leaves publications of many investi- tors’ uncited. The authors regret that such approach was necessary. This volume is composed of two parts. Part I – Biogeochemistry of the Human - vironment – presents fundamental information on biogeochemical properties of en- ronmental compartments (soil, water, air, plants, humans) concerning trace elements. Part II – Biogeochemistry of Trace Elements – provides detailed data of the behavior and the occurrence of trace elements in the environment. There is a close relationship in the biogeochemical behavior between elements and their position in the Periodic System. Therefore, the format of this book follows the elemental sequences of the contemporary Periodic Table. The book provides data on the production usage, and on the occurrence of trace elements in soils, waters, air, plants, and humans (animals). Environmental stress, and biological functions of these elements are widely discussed.

Reviews the key features of trace elements in soils, plants and food web on which human beings survive 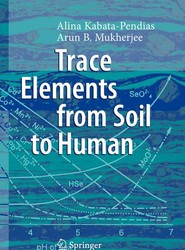 Trace Elements from Soil to Human
Arun B. Mukherjee
£197.50

"This book from Springer leaves a thoroughly good first impression. Opening the hardcover the reader immediately finds clearly structured contents, lists of units and symbols, a periodic table of the elements and a glossary with abbreviations and acronyms. … All figures and tables are perceptible of reasonable size and supplied with informative captions. … Trace elements from soil to Human can be recommended to students, researchers, and professionals as a valuable source of information on trace element in the environment." (Alexander Plessow, Environmental Geology, Vol. 53, 2008)

"This is a … well known book of Professor Kabata-Pendias devoted to trace elements in our environment. The topic is timely very important and the quality of the presentation … is excellent. This book will be, without any doubt, also very frequently cited in papers … . a scientifically valuable position presented in an attractive and careful publishing form. I am sure that the actual book ,Trace Elements from Soil to Human’ will find even more readers than the previous books … ." (Adam Hulanicki, Chemia Analityczna, Vol. 52, 2007)