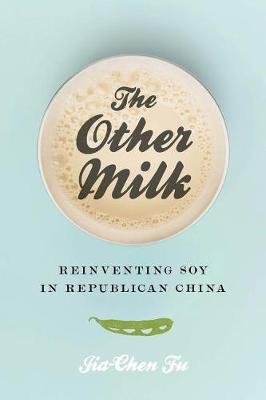 In the early twentieth century, China was stigmatized as the "Land of Famine." Meanwhile in Europe and the United States, scientists and industrialists seized upon the soybean as a miracle plant that could help build modern economies and healthy nations. Soybeans, protein-packed and domestically grown, were a common food in China, and soybean milk (doujiang) was poised for reinvention for the modern age. Scientific soybean milk became a symbol of national growth and development on Chinese terms, and its competition with cow's milk reflected China's relationship to global modernity and imperialism.

The Other Milk explores the curious paths that led to the notion of the deficient Chinese diet and to soybean milk as the way to guarantee food security for the masses. Jia-Chen Fu's in-depth examination of the intertwined relationships between diet, health, and nation illuminates the multiple forces that have been essential in the formation of nutrition science in China.