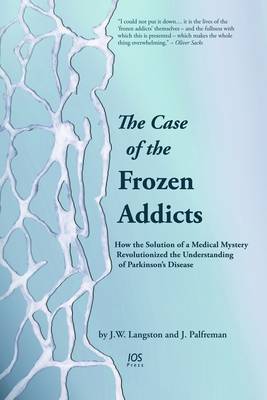 In the summer of 1982, hospital emergency rooms in the San Francisco Bay Area were suddenly confronted with mysteriously ofrozeno patients u young men and women who, though conscious, could neither move nor speak. Doctors were baffled, until neurologist J. William Langston, recognizing the symptoms of advanced ParkinsonAEs disease, administered L-dopa u the only known effective treatment u and ounfrozeo his patient. Dr. Langston determined that this patient and five others had all used the same tainted batch of synthetic heroin, inadvertently laced with a toxin that had destroyed an area of their brains essential to normal movement. This same area, the substantia nigra, slowly deteriorates in ParkinsonAEs disease. As scientists raced to capitalize on this breakthrough, Dr. Langston struggled to salvage the lives of his frozen patients, for whom L-dopa provided only short-term relief. The solution he found lay in the most daring area of research: fetal-tissue transplants.
The astonishing recovery of two of his patients garnered worldwide press coverage, helped overturn federal restrictions on fetal-tissue research, and offered hope to millions suffering from ParkinsonAEs, AlzheimerAEs, and other degenerative brain disorders. This is the story behind the headline u a spellbinding account that brings to life the intellectual excitement, ethical dilemmas, and fierce competitiveness of medical research. This new updated edition of the classic neurological mystery tale, oThe Case of the Frozen Addicts,o illuminates how the solution to a baffling mystery of the brainAEs chemistry opened a new frontier in medicine and restored life to people without hope. oIt begins with a series of quixotic discoveries, escalates to providing possible solutions for one of humanityAEs most intractable medical problems, and then catapults the reader into the center of AmericaAEs hottest political arena u abortion and fetal sanctity. Bravo! A brilliant read. o u Laurie Garrett, author of The Coming Plague oI could not put it downa it is the lives of the aefrozen addictsAE themselves u and the fullness with which this is presented u which makes the whole thing overwhelming. o u Oliver Sacks o[Langston and Palfreman] weave a highly readable and spellbinding medical detective talea It is as absorbing as a good mystery, as entertaining as an exciting novel, and as enlightening as a good biography.
o u Stanley Fahn, New England Journal of Medicine Previously published in 1995 by Pantheon Books