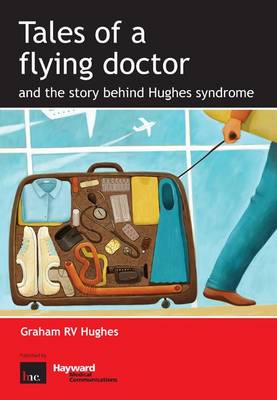 Graham Hughes is known as ‘The Father of Lupus’ in the United Kingdom. In 1971, he set up Europe’s first dedicated lupus clinic in London. The following 40 years have seen lupus grow to become a major internationally recognised disease.

In 1983, Professor Hughes described the important condition of ‘sticky blood’, now known worldwide as Hughes syndrome – a condition that can cause migraine, stroke and memory loss. In pregnancy, ‘sticky blood’ can lead to poor fetal blood supply and pregnancy loss – so much so that Hughes syndrome is now recognised as the single most important treatable cause of recurrent miscarriage – one of the major discoveries of modern medicine.

In this autobiographical account, Graham Hughes sketches the developing story of lupus and Hughes syndrome. In doing so, he paints a wonderfully evocative picture of medical training in the 20th century. Peppered with anecdotes of his travel adventures – and misadventures – this book portrays life as a medical student and doctor in an amusing and often hilarious manner.

To would-be medical students, as well as to the public in general, this book is a must-read, if only to reaffirm their faith in the humanity of the medical profession.