Price
Quantity
£73.00
(To see other currencies, click on price)
Hardback
Add to basket 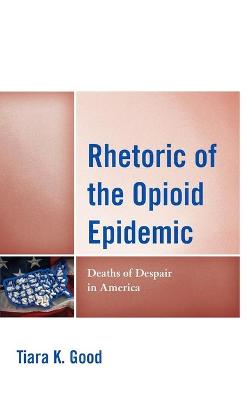 Rhetoric of the Opioid Epidemic demonstrates that framing the epidemic as a medical issue instead of an effect of moral failing holds more potential for solving the epidemic through medical treatment and reconnecting sufferers back to society. This rhetorical move separates the opioid epidemic from the criminal and immoral frames that were cast upon the crack epidemic and initial framing of the AIDS epidemic. Popular culture and governmental response case studies include: President Trump's March 19, 2018 address to the nation, ODMAP produced by the Washington/Baltimore High Intensity Drug Trafficking in January 2017, news stories from national sources dating from 2015 to 2020 about the chronic pain management debate, two documentaries, Heroin(e) (2017) and One Nation Under Stress: Deaths of Despair in the United States (2019), and Ben is Back (2018).

Introduction: Deaths of Despair and the Opioid Epidemic Now

Chapter 1 What is the Opioid Epidemic?: A Brief Summary

Chapter 3 "Ben is Back:" Rhetoric of Mothers in the Opioid Epidemic

Chapter 5 Mapping the Epidemic: ODMAP and the boundaries of response

Conclusion: A Very American Epidemic: Rhetoric of the Opioid Epidemic