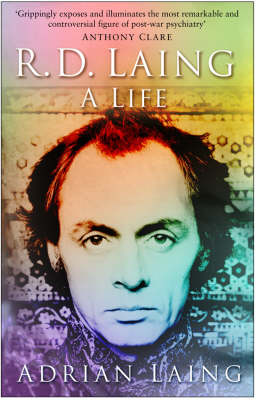 R.D. Laing, author of "The Divided Self and Knots", was the best-known and most influential psychiatrist of modern times. In this remarkable biography, the only one to be written by a close relative, Laing's son tells the story of his father's life and examines the foundations of his pioneering and unorthodox work on madness and the family. R.D. Laing became famous in the mid 1960s when he co-founded the therapeutic community Kingsley Hall and began his experiments with the therapeutic use of LSD. In the 1970s, Laing studied Zen Buddhism, published poetry, recorded an LP and ran rebirthing workshops across the world - activities which turned him into a guru of radical chic. Yet despite his astonishing empathy with the disturbed, Laing failed to address his own family problems and on the professional side, his practices ultimately led to voluntary disassociation from the medical establishment itself.
Adrian Laing's biography, fully updated and with a new foreword, is a brutally honest, sensitive and revelatory portrait of his father's life, as well as a balanced, objective portrait of a troubled genius who changed for ever the way in which the insane are viewed by society and the way they are treated.