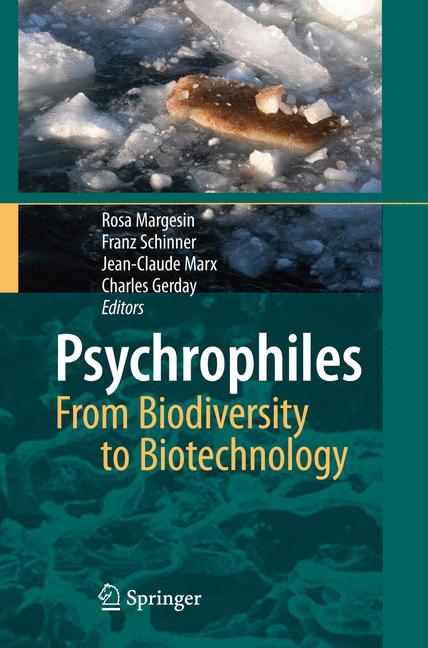 Most scientists in the middle of the twentieth century would probably not have believed that life was possible at extreme values of environmental factors, such as pH values close to 0 (e. g. sulfurous environments) or to 14 (e. g. soda lakes), sali- ties of 6 M NaCl (e. g. Dead Sea), hydrostatic pressures approaching 0. 1 MPa (deep sea) and temperatures exceeding 100°C (thermal vents or hot springs) or as low as –20°C (e. g. polar regions). Of the current studies on extremophiles, approximately 30,000 articles by the year 2007, almost two-thirds have been performed on org- isms adapted to outstanding temperatures, but much more attention has been paid to thermophiles than to psychrophiles. However, over the past 10 years, scientific publications on cold-adapted microorganisms have increased by a factor of ten. If one considers the extent of cold habitats, psychrophiles, i. e. cold-loving organisms, should largely lead in this comparison with thermophiles because a great proportion of the Earth’s biosphere never reaches temperatures above 5°C. Nearly three-quarters of the Earth is covered by oceans whose deep water masses, irrespective of latitude, are constantly between 2 and 4°C. The large continent of Antarctica also provides a permanently cold terrestrial environment as well as an aquatic niche in the surrounding ice that melts during the summer. Other examples of cold habitats are permafrost soils, high alpine soils, cold deserts, cold caves, marine sediments, snow, glacier and sea ice.

All chapters are written by leading scientists in their respective fields 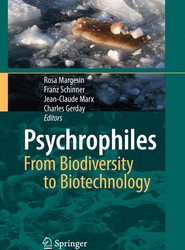 "The new book Psychrophiles – from Biodiversity to Biotechnology … focusses on psychrophiles and describes, with cutting-edge knowledge, representative groups of cold-adapted micro-organisms as well as the habitats in which they live and the strategies they employ to cope with the cold. … This excellent book, which covers almost all fields of ‘cold’ microbiological research, matches current demands and trends in applied biotechnology. Furthermore, it is a valuable source of information to all those scientists interested in knowing what’s going on in the lab’s -80ºC freezer." (Ralph Schill, Lab Times, Issue 4, 2008)