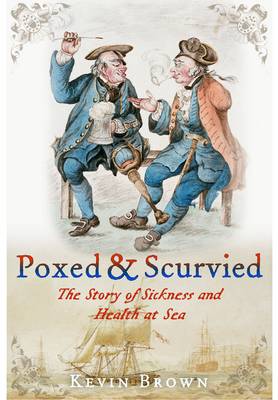 When European sailors began to explore the rest of the world, the problem of keeping healthy on such long voyages became acute. Malnourishment and crowded conditions bred disease, but they also carried epidemics that decimated the indigenous populations they encountered - and brought back new diseases like syphilis. As navies developed, the well-being of crews became a dominant factor in the success of naval operations, so it is no surprise that the Royal Navy led the way in shipboard medical provision, and sponsored many of the advances in diet and hygiene which by the Napoleonic Wars gave its fleets a significant advantage over all its enemies. These improvements trickled down to the merchant service, but the book also looks at two particularly harsh maritime environments, the slave trade and emigrant ships, both of which required special medical arrangements. Eventually, the struggle to improve the fitness of seamen became a national concern, manifest in a series of far-reaching - and sometimes bizarre - public health measures, generally directed against the effects of drunkenness and the pox.
In this way, as in many others, an attempt to address the specific needs of the seafarer developed wider implications for society as a whole. It also produced scientific breakthroughs that were a universal benefit, so far from being a narrow study of medicine at sea, this book provides a fascinating picture of social improvement.