Price
Quantity
£10.95
(To see other currencies, click on price)
Hardback
Add to basket 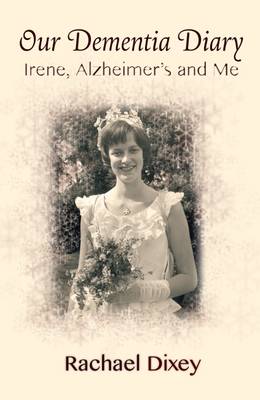 This is a love story from start to finish, Irene and Rachael's. Based on the diaries of Rachael Dixey who looked after her civil partner Irene after she developed early onset Alzheimer's disease, the book opens with the lines: Irene, Alzheimer's and me - Alzheimer's came between us. It does that, drives you and the love of your life apart, going your separate ways because you cannot follow. That's the story really, that's it. The end. But it is also the beginning of the story, which shows how life can still be lived despite losing a life partner to dementia, and how to cope emotionally and practically with a disease that robs you of your loved one a thousand times before they die. The story charts the daily decline and inexorable loss of Irene to dementia. With the dramatic deterioration in Irene's health Rachael turns from lover and soul mate to career and, finally, single woman. Eventually, no longer able to cope with Irene at home, she makes the agonizing decision to allow Irene to be put in a care home. There she spent her last six years. When she died aged 66, the couple had spent half their life together.This book is a powerful and moving account of the progression of dementia, and raises serious questions about how our society cares for those who develop the disease, especially at a young age and in the gay, lesbian community.
It also deals with loss and grief, during the illness and afterwards. Their memoir will be invaluable for anyone affected by dementia, those working in mental health and those caring for a loved one with a life-changing and incurable illness. Our Dementia Diary tells with brutal honesty of love, loss and life with Alzheimer's and opens up discussion of how dementia can be handled better."