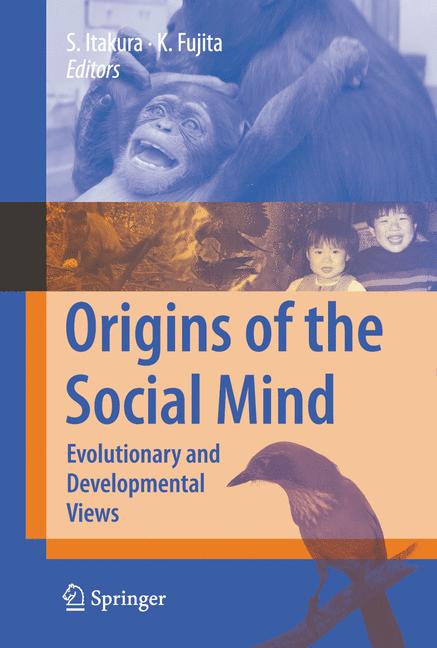 During the ? rst few years of life, children acquire knowledge about the relati- ships between their own mental states, their actions, and the social world. This information is then used to understand themselves and others. Humans are born into families, where they are raised and learn to cooperate, compete, and c- municate. We are social creatures, and over the course of development, we learn about people, relationships, social systems, and others’ minds. In addition, not only do we live socially, we think socially as well. However, human adults are not the only creatures to live and think socially. In recent years, sophisticated expe- ments have provided new information about social cognition in human infants and nonhuman animals. In this book, we focus on the developmental and evolutionary origins of the social mind, bringing together the currently segregated views on social cognition in the two ? elds. Ever since the term “theory of mind” was coined by D. Premack nearly 30 years ago, the concept has been the main topic of social cognition research both in developmental psychology and in primatology. However, few attempts have been made to integrate these two research domains. Just recently, researchers from the two areas collaborated to publish a book on this topic, but the volume was little more than a collection of independent papers. This book overcomes that limitation by presenting new data and their implications from both developmental and evolutionary points of view.

Preface Part I: Phylogeny of Social Cognition
1 Social Intelligence in Capuchin Monkeys (Cebus apella)
Kazuo Fujita, Hika Kuroshima, Yuko Hattori, and Makoto Takahashi 2 Communication Between Mother and Infant Chimpanzees and Its Role in the Evolution of Social Intelligence
Satoshi Hirata 3 Primates’ Use of Others’ Gaze
James R. Anderson and Sarah-Jane Vick 4 How to Build a Scrub-Jay that Reads Minds
Nathan J. Emery and Nicola S. Clayton 5 Cooperation in Keas: Social and Cognitive Factors
Ludwig Huber, Gyula K. Gajdon, Ira Federspiel, and Dagmar Werdenich Part II: Ontogeny of Social Cognition
6 Differences Between Acting as if One Is Experiencing Pain and Acting as if One Is Pretending to Have Pain Among Actors at Three Expertise Levels
Hanae Ando and Masuo Koyasu 7 Homo Negotiatus: Ontogeny of the Unique Ways Humans Own, Share and Reciprocate
Philippe Rochat and Cláudia Passos Ferreira 8 Little Liars: Origins of Verbal Deception in Children
Victoria Talwar and Kang Lee 9 Discovering Mind: Development of Mentalizing in Human Children
Shoji Itakura, Mako Okanda, and Yusuke Moriguchi 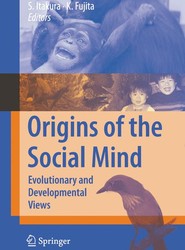 "Origins of the Social Mind is a collection of papers that unites the latest empirical findings and conceptual insights from cognitive development, and primate and avian cognition, written by some of the leading researchers in the respective fields. … The chapters are organized into two parts. … Overall, Shoji Itakura and Kazuo Fujita edited a valuable, interesting book. Its comprehensiveness and the novelty of the research ensure its appeal to anyone with a vested interest in the question of how the social mind develops." (Henrike Moll, Primates, Vol. 50, 2009)