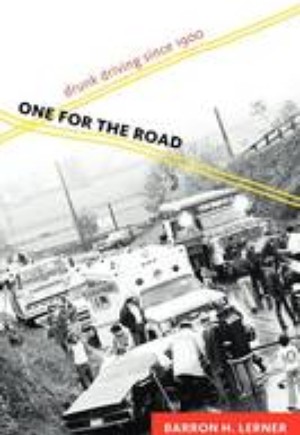 Don't drink and drive. It's a deceptively simple rule, but one that is all too often ignored. And while efforts to eliminate drunk driving have been around as long as automobiles, every movement to keep drunks from driving has hit some alarming bumps in the road. Barron H. Lerner narrates the two strong - and vocal-sides to this debate in the United States: those who argue vehemently against drunk driving, and those who believe the problem is exaggerated and overregulated. A public health professor and historian of medicine, Lerner asks why these opposing views exist, examining drunk driving in the context of American beliefs about alcoholism, driving, individualism, and civil liberties. Angry and bereaved activist leaders and advocacy groups like "Mothers against Drunk Driving" campaign passionately for education and legislation, but even as people continue to be killed, many Americans remain unwilling to take stronger steps to address the problem. Lerner attributes this attitude to Americans' love of drinking and love of driving, an inadequate public transportation system, the strength of the alcohol lobby, and the enduring backlash against Prohibition.
The stories of people killed and maimed by drunk drivers are heartrending, and the country's routine rejection of reasonable strategies for ending drunk driving is frustratingly inexplicable. This book is a fascinating study of the culture of drunk driving, grassroots and professional efforts to stop it, and a public that has consistently challenged and tested the limits of individual freedom. Why, despite decades and decades of warnings, do people still choose to drive while intoxicated? "One for the Road" provides crucial historical lessons for understanding the old epidemic of drunk driving and the new epidemic of distracted driving.