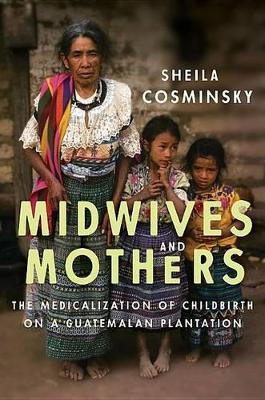 The World Health Organization is currently promoting a policy of replacing traditional or lay midwives in countries around the world. As part of an effort to record the knowledge of local midwives before it is lost, Midwives and Mothers explores birth, illness, death, and survival on a Guatemalan sugar and coffee plantation, or finca, through the lives of two local midwives, Dona Maria and her daughter Dona Siriaca, and the women they have served over a forty-year period. By comparing the practices and beliefs of the mother and daughter, Sheila Cosminsky shows the dynamics of the medicalization process and the contestation between the midwives and biomedical personnel, as the latter try to impose their system as the authoritative one. She discusses how the midwives syncretize, integrate, or reject elements from Mayan, Spanish, and biomedical systems. The midwives' story becomes a lens for understanding the impact of medicalization on people's lives and the ways in which women's bodies have become contested terrain between traditional and contemporary medical practices. Cosminsky also makes recommendations for how ethno-obstetric and biomedical systems may be accommodated, articulated, or integrated. Finally, she places the changes in the birthing system in the larger context of changes in the plantation system, including the elimination of coffee growing, which has made women, traditionally the primary harvesters of coffee beans, more economically dependent on men.

AcknowledgmentsChapter 1. Midwives, Knowledge, and Power at BirthChapter 2. Maria's World: The PlantationChapter 3. The Role of the Midwife: Maria and SiriacaChapter 4. Hands and Intuition: The Midwife's Prenatal CareChapter 5. Soften the Pain: Management of Labor and DeliveryChapter 6. Looking after Mother and Infant: Postpartum CareChapter 7. To Heal and to Hold: Midwife as Healer and Doctor to the FamilyChapter 8. Career or Calling: National Health Policies and Midwifery Training ProgramsChapter 9. Medicalization through the Lens of ChildbirthAppendix I. Medicinal Plants and Remedies Mentioned by MidwivesAppendix II. Common and Scientific Names of Medicinal PlantsNotesBibliography