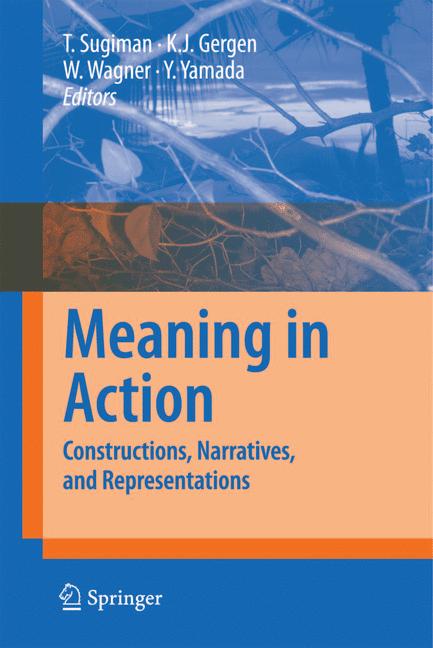 are far from genetically ? xing what behavioral preferences they may possess. Instead, learning mechanisms offer a ? exible way of attaining locally important cultural knowledge within temporal windows of opportunity as has been convi- ingly shown by research in language and culture attainment. Similar mechanisms are likely to exist for other social capacities, such as mate preferences, for example. It is this role of our biological inheritance that social science must appreciate in order to furnish a more complete understanding of human behavior. Within the natural range of variation of capacities and armed with biologically conditioned learning mechanisms we live out lives of meaning – in which we hold some things to be real, rational, valuable or morally right, and others not. It is this world of meaning in which we ? nd love and hate, struggles for justice, power, and money, and the dramas that lend to life both its depth and passion.

The Social Turn in the Science of Human Action
T. Sugiman, K.J. Gergen, W. Wagner, and Y. Yamada Part I: The Power of Meaning 1 Refl ections on the Diversity of Knowledge: Power and Dialogue in Representational Fields
S. Jovchelovitch 2 Discourse and Representation in the Construction of Witchcraft
W. Wagner, A. Mecha, and M. do R. Carvalho 3 Culture, Psychotherapy, and the Diasporic Self as Transitoric Identity: A Reply to Social Constructionist and Postmodern Concepts of Narrative Psychotherapy
B. Zielke and J. Straub 4 Generative Inquiry in Therapy: From Problems to Creativity
D.F. Schnitman 5 Constructing Trauma and Its Treatment: Knowledge, Power and Resistance
C. Quosh and K.J. Gergen Part II: Constructing Meaning in Everyday Life 6 Moralities We Live by: Moral Focusing in the Context of Technological Change
N. Kronberger 7 A Theory of Construction of Norm and Meaning:Osawa’s Theory of Body
T. Sugiman 8 The Transcendental Nature of Norms: Infants in Residential Nurseries and Child Adoption
A. Rakugi 9 Using Social Knowledge: A Case Study of a Diarist’s Meaning Making During World War II
T. Zittoun, A. Gillespie, F. Cornish, and E.L. Aveling Part III: Narrative and Dialogue 10 Twice-Told-Tales: Small Story Analysis and the Process of Identity Formation
M. Bamberg 11 Human/Nature Narratives and Popular Films: Big, Bad, Bold, Benefi cent, Bountiful, Beautiful and Bereft
M. Gergen 12 Opposite and Coexistent Dialogues: Repeated Voices and the Side-by-Side Position of Self and Other
Y. Yamada 13 Narrative Mode of Thought in Disaster Damage Reduction: A Crossroad for Narrative and Gaming Approaches
K. Yamori 14 A Dialogical Perspective of Social Representations of Responsibility
I. Marková Part IV:Action 15 The Social and the Cultural: Where do They Meet?
J. Valsiner 16 Moral Responsibility and Social Fiction
T. Kozakai 17 Social Psychology and Literature: Toward Possible Correspondence
A. Contarello

18 Historical Confl ict and Resolution between Japan and China:Developing and Applying a Narrative Theory of History and Identity
J.H. Liu and T. Atsumi Subject Index 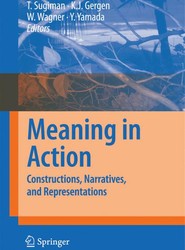