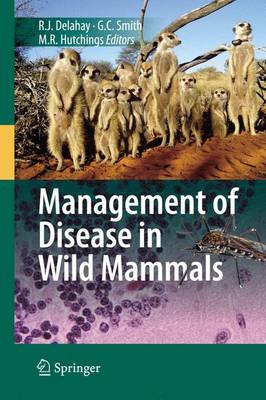 In recent years nobody could have failed to notice the frequent and often sensati- alist media headlines warning of the latest global disease threat to humankind. But behind all the hyperbole lie real challenges related to dealing with the increasing incidence of emerging zoonotic disease events, the majority of which are thought to originate in wildlife (Jones et al. 2008). There are also many important diseases of domestic livestock which also occur in wildlife (e. g. foot and mouth disease and classical swine fever in wild boar, bovine tuberculosis in deer, badgers or possums), some of which can have a devastating impact on the farming industry, the wider rural economy and ultimately the public purse. But we should also not forget that wildlife diseases may have serious implications for the conservation of biodiversity. For some of the rarest, most endangered species (such as the Ethiopian wolf) d- ease may pose the greatest threat to their survival. If we are to avoid or reduce these impacts then we must improve our ability to detect and manage the risks associated with disease in wildlife populations. This is a challenge that will require expertise from many different disciplines: veterinary, ecological, medical, economic, poli- cal and zoological. In such an interdisciplinary field it is difficult to stay up to date with contemporary ideas and with techniques that may be rapidly evolving. 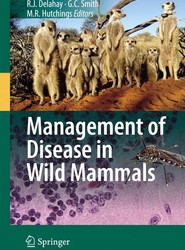 "Heading a large, diverse herd of contributors, Richard Delahay, Graham Smith and Michael Hutchings have now produced an excellent survey of current concepts and research techniques for studying infections in wild mammals, and strategies for their management. Appetising for all biologists, the 11 chapters cover not only familiar conditions … but also infections ranging from chronic wasting disease in deer to facial tumour disease in Tasmanian devils. Especially valuable are case studies on topics such as European brown hare syndrome … ." (Bernard Dixon, Biologist, Vol. 56 (3), August, 2009)