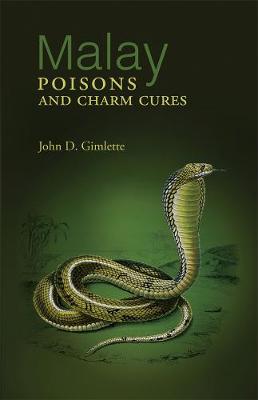 First published almost a century ago, "Malay Poisons and Charm Cures" remains a classic and still definitive reference on the pharmacopoeia and practices of Malay healers, shamans (bomoh) and sorcerers (pawing). Gimlette, a British physician, resided in the Malay State of Kelantan for over a decade, during which he gathered the data that comprises the core of this work. Intended as a medical reference for the Colonial Administration, Gimlette's observations were far more widely encompassing, shedding light not only on traditional pharmacology and toxicology, native theories of disease, medical practice, religious ritual and superstition, but also on Malay anthropology generally. With the present revival in interest in traditional medicine, herbal toxins and treatments, as well as in shamanic practice, Gimlette's work offers rich rewards for a new generation of readers.