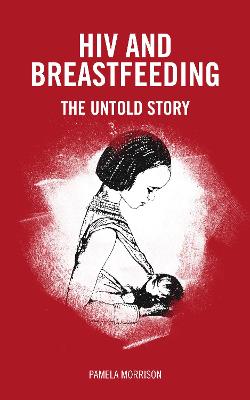 In the early 1980s it was discovered that HIV, the virus that causes AIDS, could be passed through a mother's milk to her baby. Almost overnight in the industrialised countries, and later in the African countries most ravaged by HIV, breastfeeding became an endangered practice. But in the rush to reduce transmission of HIV, everything we already knew about breastfeeding's life-saving effects was overlooked, with devastating consequences for mothers and babies.

In Breastfeeding and HIV - the untold story, former IBCLC Pamela Morrison, an acknowledged authority on HIV and breastfeeding, reveals how women in the world's most poverty-stricken areas were persuaded to abandon breastfeeding as part of a short-sighted and deadly policy that led to an humanitarian disaster.

The dilemma that breastfeeding, an act of nurturing which confers food, comfort and love, could be at once life-saving yet lethal, has been called 'the ultimate paradox'. This critical account reveals how vital breastfeeding is, even in the most difficult of circumstances, and examines the lessons that can be learned from the mistakes of the past - which is particularly relevant as we deal with the consequences for mothers and babies of another global pandemic, Covid-19.

With detailed information for HIV-positive mothers and their caregivers, and success stories from mothers themselves, this book is essential reading for anyone involved in protecting and supporting breastfeeding, or with a need for evidence-based information about breastfeeding and HIV.