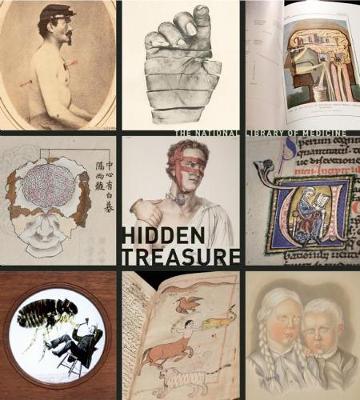 Founded 175 years ago, the National Library of Medicine is the world's largest medical library, with more than 17 million items dating from the 11th century to the present in its holdings. Today it is home to a rich worldwide heritage of objects, from the rarest early medical books to delightful 20th-century ephemera, artifacts, and documentary and animated films. Despite more than a century and a half of classification and cataloging, buried in the sheer mass of this collection are wondrous items largely unseen by the public and obscure even to librarians, curators, and historians. The individual objects brought to light in this book glow with beauty -- or grotesquery or wit or calamitous tragedy -- and include spectacular large-scale, color-illustrated medical books; rare manuscripts; pamphlets and ephemera; "magic lantern" slides; toys; stereograph cards; scrapbooks; film stills; posters; and more from the 13th to the 20th century, from Europe, Africa, North America, and Asia. Specially selected and showcased in "Hidden Treasure, " they once again speak to us, charm us, repulse us, amaze us, inform us, and intrigue us.