Price
Quantity
£32.50
(To see other currencies, click on price)
Hardback
Add to basket 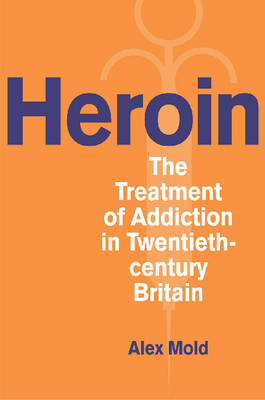 Heroin, often viewed as the 'hardest drug', looms large in the popular consciousness. Heroin addiction in Britain first began to cause concern during the 1920s, yet while one group of doctors regarded the addiction as a disease which required treatment, other physicians viewed it as a vice which demanded strict control. The medical community and the government have debated both the definition of addiction - medical condition, moral failing or social problem - and the method of dealing with addiction - medical treatment vs. legal controls.In "Heroin", Alex Mold examines the interaction of the different approaches to heroin addiction and argues that the treatment of the addiction as a disease and the control of heroin as a social problem could, in practice, rarely be separated. Treatment became a way of controlling the addiction and the addicts themselves, but debates about the nature of addiction treatment and the methods used resulted in politicisation of the topic. During the late 1960s Drug Dependence Units (DDUs) were established as a means to combine both medical treatment and social control.The 'British System' essentially treated addiction as a disease and offered maintenance - the administering of heroin or an opioid substitute on a long-term basis - as treatment.
Maintenance proved to be a source of tension between psychiatrists specialising in addiction treatment and private and general practitioners who operated outside the DDUs. This conflict manifested itself in heated disputes on the pages of medical journals, in government committees and in disciplinary hearings before the General Medical Council.The same debates, conflicts and tensions which have beset drug addiction treatment since the beginning of the 20th century persist today. Despite international laws and codes concerning addiction and treatment, there is much that is peculiar and significant about the British case. Drawing on government papers, private archival collections, medical journals, oral history sources and official reports, Mold presents the first detailed historical analysis on the subject. Historians, sociologists, addiction specialists and contemporary policy-makers can look to this groundbreaking study to learn from the past and shape the future response to heroin addiction.