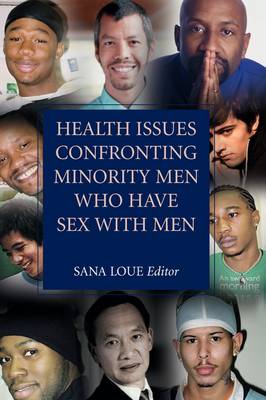 Although there has been an increasing public interest in minority men who have sex with men (MSM), much of that attention has focused on HIV risk and has been concerned with lurid details of people’s sex lives. Relatively little attention has addressed the multiple health issues confronting this population, the risks that are associated with various health conditions (apart from HIV), or the innovative strategies that have been developed to address them.

Each section of this edited book will be devoted to a particular health issue affecting minority MSM. Each section will consist of one or more scholarly chapters that address the particular issue, followed by a chapter or short piece from an individual associated with a nonprofit organization or public health department. In addition, each section will contain one or more writings from minority MSM regarding their experiences and/or perspective on the issue at hand. This book uniquely focuses on both gay/queer-self-identified men from diverse minority communities (African American, Latino, Native American, Asian and Pacific Islander) and men of these ethnic communities who have sex with men but are not gay/queer-self-identified.

Despite the growing body of research on minority men who have sex with men (MSM), coverage has tended to center around HIV/AIDS. Health Issues Confronting Minority Men Who Have Sex with Men presents a fuller picture by focusing on infrequently-studied health/mental health concerns, exploring day-to-day struggles under double-minority conditions, and spotlighting the innovative efforts of professionals and advocates in addressing these issues. Reflecting a spectrum of MSM (gay, bisexual, transgender, situational, "questioning") and ethnic communities (African-American, Latino, Asian, Pacific Islander, Native American), editor Sana Loue brings together a panel of collaborators including researchers, practitioners, activists, and first-person perspectives from minority MSM, to give readers an especially nuanced understanding of this diverse population.

Among the issues covered in this important volume:

The combined perspectives will give professionals and advanced students in public health, social workers, and other interested readers a window beyond risks and behaviors, and onto community building, individual resilience, and survival as well.

Sana Loue, J.D., Ph.D., M.P.H. is known internationally for her HIV research with minority communities, as well as research ethics and epidemiology. She currently facilitates a group for minority MSM around issues of partner violence and abuse and is the Principal Investigator of a foundation-funded study examining the co-occurrence of mental illness and HIV risk among African-American men who have sex with men. She has authored/edited several books with Springer, including: Encyclopedia of Aging and Public Health, Case Studies in Ethics and HIV Research, Assessing Race, Ethnicity, and Gender in Health, and Sexual Partnering, Sexual Practices, and Health. 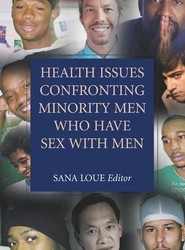 "Loue … brings together a collection of writing – scholarly chapters, personal essays, and poems – reflecting a spectrum of men who have sex with men (MSM) from a range of ethnic communities in the U.S. The 23 contributors include health researchers, health care providers, and community activists, as well as individuals offering first-person perspectives on minority MSM. … For professionals and students in public health, social workers, and interested general readers." (Book News, April, 2008)

"Loue … has organized this collection of literature reviews and research studies, interspersed with personal stories, to highlight infrequently studied health and mental health issues, such as childhood sexual abuse, body image disorder, and HIV-related stigma, in MSM. … This book will interest advanced students of public health, health education, and social work, and scholars who integrate qualitative and quantitative methods into their research. Summing Up: Recommended. Graduate students through professionals." (P. Lefler, CHOICE, Vol. 45 (9), 2008)

"This is a collection of articles on health issues, mainly from a psychological perspective, of ethnic minority men who have sex with men. … a welcome contribution to the field, given the limited research on this population. … The audience includes undergraduate and graduate students and practitioners. … The strength of the book lies in its focus on ethnic minorities, a perspective not available in other books on gay men’s health." (Jesus Ramirez-Valles, Doody’s Review Service, August, 2008)