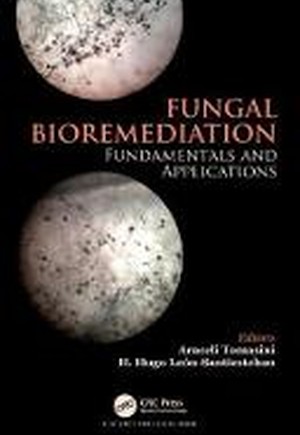 This book highlights the role fungi play in bioremediation, as well as the mechanisms and enzymes involved in this process. It covers the application of bioremediation with fungi in polluted sites and gives a wide overview of the main applications of remediation, such as degradation of xenobiotics, gaseous pollutants, and metal reduction. The book explains the degradation of emergent pollutants and radioactive compounds by fungi, which is relevant to the current pollution problems that have been studied over the last few decades. The book also describes the most advanced techniques and tools that are currently used in this field of study.

The Role of the Filamentous Fungi in Bioremediation

Phenoloxidases of Fungi and Bioremediation

Fungal Processes of Interaction with Chromium

Removal of Emerging Pollutants by Fungi: Elimination of Antibiotics

Fungi and Remediation of Radionuclide Pollution

Removal of Gaseous Pollutants from Air by Fungi

A Learning Journey On Toxico-Proteomics: The Neglected Role of Filamentous Fungi in the Environmental Mitigation of Pentachlorophenol

Bioreactors and Other Technologies Used in Fungal Bioprocesses

Electron Microscopy Techniques Applied to Bioremediation and Biodeterioration Studies with Moulds: State of the Art and Future Perspectives