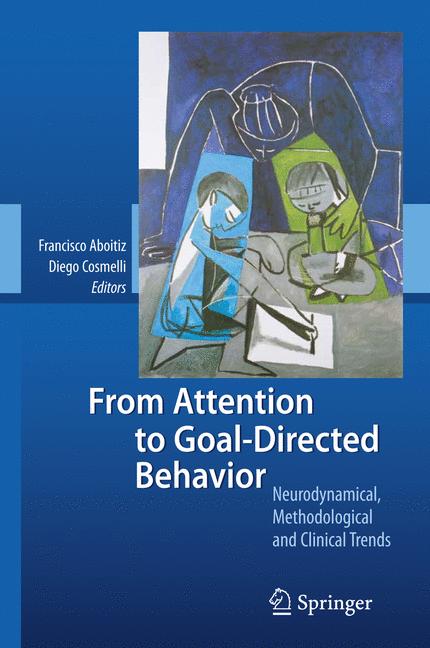 Attention is a key psychological construct in the understanding of human cognition, and the target of enormous efforts to elucidate its physiological mechanisms, as the wealth of literature—both primary and secondary—attests (for recent compilations see Itti, Rees, & Tsotsos, 2005; Paletta & Rome, 2008; Posner, 2004). But in addition to asking what attention actually is, decomposing and analyzing its varieties, or delimiting its neurobiological mechanisms and effects, in this volume we want to explore attention somewhat differently. We believe that a full-fledged theory of attention must consider its workings in the context of motivated, goal-directed, and environmentally constrained organisms. That attention is related to goal-directed behavior is not news. What the contri- tions to this volume do suggest, however, is the existence of fundamental links between attention and two key processes that are crucial for adapted conduct: go- directed behavior and cognitive control. Importantly, they show that these relations can be explored at multiple levels, including neurodynamical, neurochemical, evo- tionary, and clinical aspects, and that in doing so multiple methodological challenges arise that are worth considering and pursuing. The reader will find here, therefore, a selection of contributions that range from basic mechanisms of attention at the n- ronal level to developmental aspects of cognitive control and its impairments. Another trend that will become evident is that, in different ways, the authors stress the need to understand these issues as they unfold in natural behavior (both healthy and pathological), thus arguing for a more ecological approach to these questions.

Francisco Aboitiz earned a PhD in Neuroscience at UCLA in 1991 analyizing the fiber composition of the human corpus callosum. After a period of postdoctoral training in the Mental Retardation Research Center of this same University, he returned to the University of Chile where he became Chairman of the Morphology Program at the Institute for Biomedical Sciences. In 2002, he moved to the Department of Psychiatry at the Medical School of the "Pontificia Universidad Católica de Chile", where he directs the Center for Neurobiological Studies (http://www.neuro.cl) and has been recently appointed as Full Professor. He has published some 70 ISI articles and 15 book chapters of neuroanatomy, comparative neurobiology and cognitive neuroscience.

Diego Cosmelli obtained in 2004 his PhD in Cognitive Science from the École Polytechnique, Palaiseau, France, studying the relation between phenomenological accounts, signal analysis methods and neurodynamical patterns during binocular rivalry. After a postdoctoral work on enactive approaches to consciousness at York University in Toronto, Canada, he returned to Chile. He is an Associate Researcher at the Center for Neurobiological Studies of the Psychiatry Dep. at the P. Universidad Católica de Chile. Since March 2008 he is Associate Professor of the School of Psychology of the same university. His current research is centered on the relation between biological organization, sensorimotor processes and the dynamics of human experience.

In addition to asking what attention actually is, decomposing and analyzing its varieties or revealing its neurobiological mechanisms, a full-fledged theory of attention must consider its workings in the context of motivated, goal-directed and environmentally constrained organisms. The essays compiled in this volume are aimed at making a contribution towards this end. Specifically, the main conclusion that can be drawn is that fundamental links exist between attention and two key processes that are crucial for adapted conduct: goal-directed behavior and cognitive control. Importantly, both the mechanisms underlying these processes, and the actual relations that exist between them, can and must be explored at multiple levels, including neurodynamical, neurochemical, evolutionary and clinical. In doing so, it is apparent that several methodological challenges arise which are worth considering and pursuing, particularly when an ecological take on these questions seems ever more necessary. The reader will find here an invitation to explore these numerous connections, through a selection of contributions that range from basic mechanisms of attention at the neuronal level to developmental aspects of cognitive control and its impairments.

I. Attentional Networks: basic mechanisms and methodological issues.- 1. Neuronal signatures of selective attention: Synchronization and gain modulation as mechanisms for selective sensory information processing.- 2. Intracortical recordings during attentional tasks.- 3. The Spatiotemporal Dynamics of Visual-Spatial Attention.- 4. Attention and neurodynamical correlates of natural vision.- 5. Attending to the Stream of Consciousness: A Methodological Challenge.- 6. Crossmodal Attention: the contribution of event-related potential studies.- 7. Measuring and Modulating Hemispheric Attention.- 8. A connectionist perspective on attentional effects in neurodynamics data.- II. From Attention to Behavioral Control.- 9. From goals to habits: a view from the network.- 10. Dynamics of a neuromodulator: I. The role of dopaminergic signaling in goal-directed behavior.- 1. Dynamics of a neuromodulator: II. Dopaminergic balance and cognition.- III. Clinical and Developmental Issues.- 12. Prefrontal cortex and control of behavior: Evidence from neuropsychological studies.- 13. The Maturation of Cognitive Control and the Adolescent Brain.- 14. Electrophysiological and genetic markers of attentional deficit-hyperactivity disorder (ADHD): boundary conditions for normal attentional processing.- 15. The aberrant connectivity hypothesis in schizophrenia.- Subject Index. 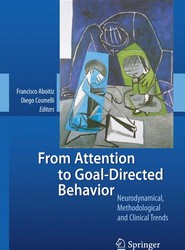