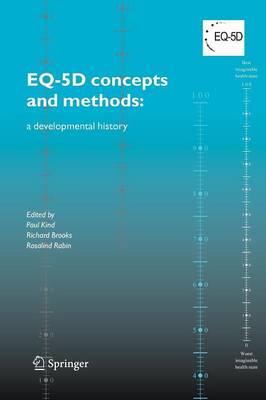 Science today makes progress through the imaginative harvesting of knowledge g- erated by the many, rather than as the result of the isolated endeavours of the lone researcher. Innovations in the physical sciences from the development of nuclear te- nologies to the laser, have involved research teams working collectively. Collabo- tion is the rule rather than the exception. In the social sciences this model is all but reversed. Here it is not uncommon to encounter the solitary enthusiast, relishing an independence of spirit and pursuing their own private research agenda. All the more surprising then that a group of researchers from several different disciplines, should have come together in the late 1980s with nothing more substantial on the agenda than that they share their thoughts on the topic of measuring the value of health, or more specifically, on the way that the value of health might vary across different countries. Few scientific enterprises can have begun as cautiously or uncertainly. Few can have developed a cohesion and dynamism that lasted decades and continues to drive ahead after long years of scientific endeavour. Such is the good fortune that befell those of us who came together to form what was later to be known as the Euro- Qol Group. The Group's creation is principally due to the shared professional asso- ation of its members with one man, an economist by training and a visionary academic by inclination and temperament - Alan Williams.