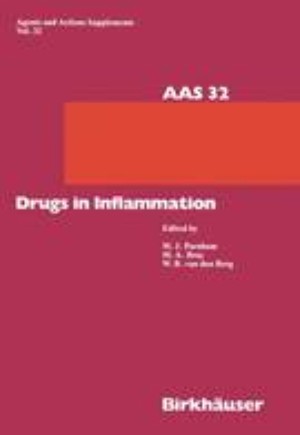 On June 28-29, 1990 in Noordwijk, The Netherlands, the International Association of Inflammation societies (IAIS) organized their first symposium on Drugs in Inflammation. The symposium was an official satellite of the Ixth International Congress of Pharmacology (IUPHAR). This volume contains the proceedings from this satellite meeting. The IAIS was constituted in 1988 when representatives of the Inflammation Research Association (IRA), European Workshop on Inflammation (EWI) and British Inflammation Research Association (BIRAs) met at White Haven, Pennsylvania during the Fourth International Conference of the IRA and the group decided that improved communication between inflammation societies could be achieved by establishment of a society. The IAIS would encourage and foster collaboration between the many inflammation societies throughout the world and assist in the establishment of new societies whenever possible. The satellite was a major success thanks to the efforts of the planning committee: Wim van den Berg, the local organizer, Mike Bray, the programme chairman, Rodger McMillan, Greg Harper, Mike Parnham and Kay Brune. In addition, the chairman and presenters ensured the scientific content of the meeting was of a very high standard. Most importantly, the 100 participants from 15 countries made the sessions lively and interactive. The IAIS will hopefully organize additional symposiums in the future. Alan J. Lewis, Ph.D.