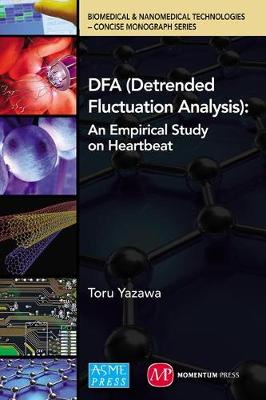 This book described empirical results of biological use of an analytical technique, DFA (Detrended Fluctuation Analysis). But this book did not describe what DFA is. Instead, using DFA, fluctuation of heartbeats was investigated in this book. Because human hearts are inappropriate specimens for conducting physiological experiments, crustacean hearts were chosen at first as a model to conduct various experiments such as isolated-heart experiments. Later, this book described human heart as well. First, we tried to describe how human hearts resemble with invertebrate hearts. (Those who do not need biology can skip biology sections.) Then, various results obtained from analysis both on model animals and humans were presented. By presenting the empirical results, the authors suggested how DFA is practically useful in the field of bio-medical technology.