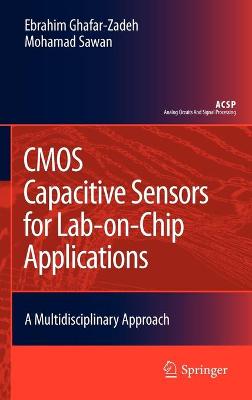 1.1 Overview of Lab-on-Chip Laboratory-on-Chip (LoC) is a multidisciplinary approach used for the miniaturization, integration and automation of biological assays or procedures in analytical chemistry [1–3]. Biology and chemistry are experimental sciences that are continuing to evolve and develop new protocols. Each protocol offers step-by-step laboratory instructions, lists of the necessary equipments and required biological and/or chemical substances [4–7]. A biological or chemical laboratory contains various pieces of equipment used for performing such protocols and, as shown in Fig. 1.1, the engineering aspect of LoC design is aiming to embed all these components in a single chip for single-purpose applications. 1.1.1 Main Objectives of LoC Systems Several clear advantages of this technology over conventional approaches, including portability, full automation, ease of operation, low sample consumption and fast assays time, make LoC suitable for many applications including. 1.1.1.1 Highly Throughput Screening To conduct an experiment, a researcher fills a well with the required biological or chemical analytes and keeps the sample in an incubator for some time to allowing the sample to react properly. Afterwards, any changes can be observed using a microscope. In order to quickly conduct millions of biochemical or pharmacolo- cal tests, the researchers will require an automated highly throughput screening (HTS) [8], comprised of a large array of wells, liquid handling devices (e.g., mic- channel, micropump and microvalves [9–11]), a fully controllable incubator and an integrated sensor array, along with the appropriate readout system.

It emphasis on practical aspects of fully integrated capacitive biosensors

Laboratory-on-Chip (LoC) is a multidisciplinary approach toward the miniaturization, integration and automation of biological assays. A biological laboratory contains various pieces of equipment used for performing a variety of biological protocols. The engineering aspect of LoC design is aiming to embed all these components in a single chip for single-purpose applications. LoC is a young discipline which is expected to subsequently expand over the next few years, stimulated by considerable development of applications in the mechanical, biochemical and electrical engineering domains. Among various microelectronic devices employed for LoC applications, CMOS capacitive sensors have received a significant interest for several applications including DNA detection, antibody-antigen recognition and bacteria growth monitoring. The main components of CMOS capacitive biosensors including sensing electrodes, bio-functionalized sensing layer, interface circuitries and microfluidic packaging are verbosely explained in chapters 2-6 after a brief introduction on CMOS based LoCs in Chapter 1. CMOS Capacitive Sensors for Lab-on-Chip Applications is written in a simple pedagogical way. It emphasises practical aspects of fully integrated CMOS biosensors rather than mathematical calculations and theoretical details. By using CMOS Capacitive Sensors for Lab-on-Chip Applications, the reader will have circuit design methodologies, main important biological capacitive interfaces and the required microfluidic fabrication procedures to create capacitive biosensor through standard CMOS process.

1.2 From Macro to Micro Bioassays

1.4 Objectives and Organization of book

3.2 Design of recognition element: An example for CGM

received the BSc and MSc degrees in Electrical Engineering from KNT and Tehran Universities, Tehran, Iran, in 1992 and 1994, respectively. In 1994 he joints the electrical engineering department at SCU University, Ahvaz, Iran as faculty memeber. During 2004-2008, he pursued a PhD degree in electrical engineering at Ecole Polytechnique de Montreal, Canada. In January 2008 and September 2008, he received two fellowship award from NSERC Canada and ReSMiQ Quebec, Canada which allowed him to continue his research for fully integrated bacteria detection. The research interests of Dr. Ghafar-zadeh include the circuit and system design, implementation and packaging technologies for lab-on-chip applications.

received his BSc in Electrical Engineering from Université Laval (1984), and MSc (1986) and PhD (1990) both in Electrical Engineering from Université de Sherbrooke. He then completed post-doctoral training at Montréal's McGill University in 1991, and in that same year, joined École Polytechnique de Montréal, where he is currently a Professor of Microelectronics. Dr. Sawan's scientific interests focus on the design and testing of mixed-signal (analog, digital and RF) circuits and systems; digital and analog signal processing; and the modelling, design, integration, assembly and validation of advanced wirelessly powered and controlled monitoring and measurement techniques. These topics are oriented toward biomedical implantable devices and telecommunications applications. Dr. Sawan is holder of the Canada Research Chair in Smart Medical Devices. He heads the Microsystems Strategic Alliance of Québec – ReSMiQ and is founder of the Eastern Canada Chapter of the IEEE-Solid State Circuits Society. He also founded the International IEEE-NEWCAS conference, co-founded the International Functional Electrical Stimulation Society, and founded the Polystim Neurotechnologies Laboratory at Ecole Polytechnique. He is the editor of Springer mixed-signal letters, Chair of the IEEE Biomedical CAS (BioCAS) Technical Committee, and member of the Biotechnology Council representing the IEEE-CAS Society. He has been awarded seven patents. He received the Barbara Turnbull Award for spinal cord research, the Medal of Merit from the Lebanese President (2005), and the J.-A. Bombardier Award from the Association Francophone pour le savoir (ACFAS). Dr. Sawan is a Fellow of both the Canadian Academy of Engineering and the IEEE.
Related books
Publisher recommends 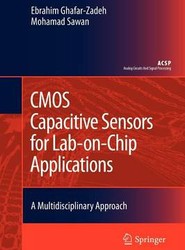 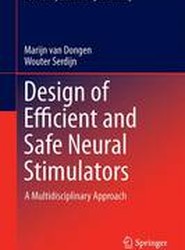 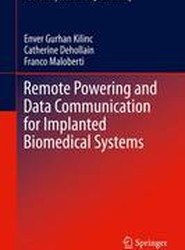 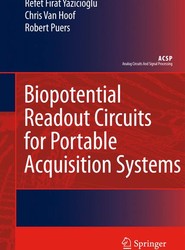 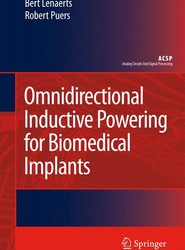 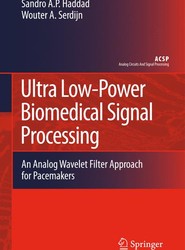 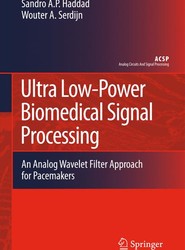 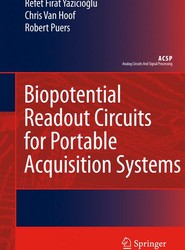 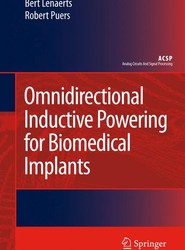