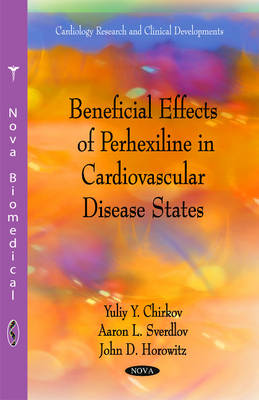 Perhexiline, 2-(2,2-dicyclohexylethyl) piperidine, was originally developed as a prophylactic anti-anginal drug in the late 1960s. It was initially a popular and effective treatment for angina, having the almost unique property compared to other agents available at that time, of not inducing reductions in blood pressure or heart rate. Despite the initial success, its use diminished markedly due to the occurrence during long-term therapy of poorly understood side effects (neurotoxicity and hepatotoxicity), which later were shown to be associated with high plasma concentrations of perhexiline, occurring in patients with relatively slow hepatic metabolism of the drug. However, therapeutic plasma monitoring and associated dose adjustments have led to perhexiline's reintroduction into clinical practice. This book discusses the benefits of perhexiline in the treatment of cardiovascular disease.